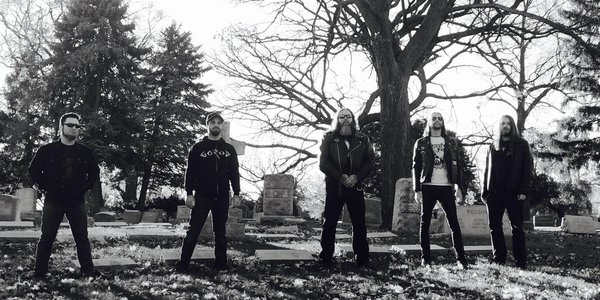 The Windy City, otherwise known as Chicago, has never been at a loss in producing quality death metal. Starting with Broken Hope, Macabre and Master, then over to Cardiac Arrest, Cianide and Novembers Doom, Chicago has bred some of the country’s most feral and uncompromising bands. It only makes sense that a band like Bear Mace would be the next entrant in the hallowed halls of Windy City DM. Surprisingly, their name doesn’t tie into the city’s football team (imagine how quickly the NFL would react with a lawsuit), but not surprisingly, the band’s death metal hits hard in an old-school manner, recalling Spiritual Healing-era Death and Autopsy. The band’s Butchering the Colossus full-length debut just hit the streets, prompting us to send a few Q’s for vocalist Lord Devourer to answer. Here’s how he replied…

Dead Rhetoric: What made you go with the name “Bear Mace?” It’s certainly a unique choice for a death metal band.

Lord Devourer: We were originally going to call ourselves ‘Blood Eagle’ but there were already several bands with that name. Somehow “Bear Mace” came up and we went with it. It can be repellent for huge omnivores or a heavy medieval weapon with an ursine likeness in iron.

Dead Rhetoric: Chicago has a long line of excellent death metal bands to pass through its ranks. Were you inspired by many of these bands?

Lord Devourer: Yes Chicago has a history of great DM bands going back to Master and Devastation, and continued by the likes of Cianide and Cardiac Arrest to name a few, so we wanted to continue the fine tradition of bone-cracking heaviness that these bands personify.

Dead Rhetoric: You mention the violent nature of the city. Does that affect your live show approach at all? As in, choosing when and where to play?

Lord Devourer: There are definitely places in the city where it’s rough, but we have never had any issues with the venues we’ve played at. Metal fans are actually very well behaved and they just want to see a good show.

Dead Rhetoric: To that point, was it difficult assembling a full band?

Lord Devourer: Not at all. There were just two of us originally, and when we decided to play live, we were able to assemble some excellent musicians to convey it properly. Our live performance is one of our great strengths.

Dead Rhetoric: Vocally, you are one of the few newer death metal bands whose vocals are just about totally decipherable. What inspired this approach?

Lord Devourer: We want those listening to understand the lyrics because they go hand in hand with the heaviness of what’s going on musically. There was a lot of thought put into them, so if they’re indecipherable it takes away from the overall experience.

Dead Rhetoric: Some of these songs appear to have a classic Death (i.e. Spiritual Healing) feel to them. Did you use that album or any other death metal albums as a reference point?

Lord Devourer: We were definitely inspired by the early Death records, and also Bolt Thrower and Massacre. ‘From Beyond’ is one of the best DM records ever made.

Dead Rhetoric: Lyrically, what topics do you explore on Butchering the Colossus?

Lord Devourer: All of the topics come down to death – whether it’s the destruction of the universe (“Death of a Constellation”) or the irony of a prehistoric bear having to fatten up on the flesh of dead animals to survive winter (“Lord Devourer of the Dead”), the basic theme is always death and the various ways it’s dealt out and dealt with.

Dead Rhetoric: Reaction to the new album has been very positive so far. How does that make you feel?

Lord Devourer: It feels great to have that reaction. It inspires us to keep on making heavy music that people will hopefully dig for a long time.

Lord Devourer: We’ll play live and keep on promoting Butchering the Colossus. We’ve already begun working on the next record, which will lay waste to a lot of speakers… 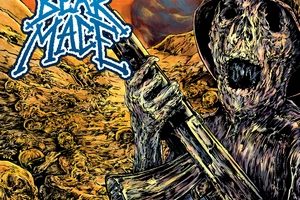