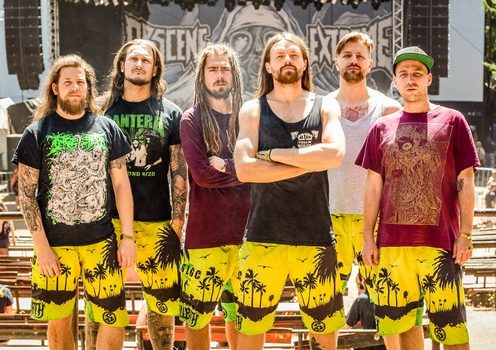 Another end to the summertime is at hand, and the always metallic fall season approaches. Not just due to the falling leaves and reflective days, but the explosion of releases each week between now and the end of November. But we’ve got it covered as always, with Rapid Fires to help balance the load. This month we look at Black Horse Rebellion, Brootal Beefcake, Domination Inc., Gallia, Kill City Kills, Picture, Sarcastic, Sidian, Stillbirth (pictured above), and Whisteria Cottage. 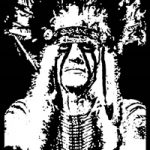 Black Horse Rebellion – Vol 1 – The Freedom Sessions (Self-Released)
Hailing from Groton, CT – Black Horse Rebellion embrace a heavy/doom rock sound that can be vicious and hypnotic all the same on their debut Vol 1 – The Freedom Sessions effort. Raw, abrasive, and in your face – the enthralling melodies of vocalist Josh Altvater plus the ripping low guitar chords of Steve Wilson carry the bulk load of aural attention. The steady rhythm section work of bassist Matt DeSanti and drummer Leo Harper lock on the Black Sabbath meets older Nirvana-like groove for “Reversion”, while the subsequent “Holding My Tongue” ramps up the proceedings to a mid-tempo, marching gallop. “Last Kiss Goodbye” could be the ‘hit’ of the three – a penetrating main riff matches with Josh’s lower, menacing delivery tailor made for highway cruising. Another upstart to watch. – Matt Coe (Black Horse Rebellion on Facebook) 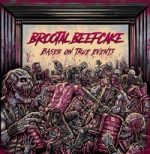 Brootal Beefcake – Based on True Events (Self-Released)
Those in need for some breakneck crossover thrash with a bit of humor tossed in (rather tastefully one might add), should add Brootal Beefcake to their Bandcamp ‘must’ list. It blurs the line between some ’80s thrash, hardcore attitude, and even some punk with its sound, and there’s never a lack of catchy riffs to get your head moving. Something that should convince those, even if they aren’t down to laugh a little bit at tracks like “What’s that Smell” or “Dude Ranch.” There’s energy to spare and the tracks move quickly (even the longer ones), so it’s easy to hit the repeat button and go for another entertaining round. – Kyle McGinn (Brootal Beefcake on Facebook) 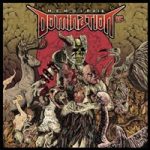 Domination Inc. – Memoir 414 (Steamhammer/SPV)
Hailing from Athens, Greece but currently based in the UK – Domination Inc. aim to straddle that modern groove/ thrash platform on their full-length Memoir 414. Between the fierce vocal delivery and occasional extreme tremolo/blast action, it’s obvious the band love acts like Trivium, Machine Head and Lamb of God just as much as Slayer, early Metallica, and Testament when taking in songs like “Cutting Edge” and “The Edge”. The almost ten-minute epic “Day VIII Deus’ Ignorance” showcases their slower, emotive side a bit, along with an extended instrumental section where the guitarists set up various circular melodic runs amidst the thoughtful leads. With an average age in their early twenties, Domination Inc. bring energy and charisma through their songwriting and performances, moving up the ranks swiftly if given the right opportunities on the live front. – Matt Coe (Domination Inc. on Facebook) 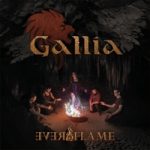 Gallia – Everflame (Self-Released)
The first EP from Gallia hits right in the sweet spot of symphonic metal. There is a good blend of some heavier moments, with orchestral backing that is pronounced, but not overly in the way (they even kindly put orchestral versions of each track as a bonus). For the most part, the tracks are on the upbeat side of things, with some catchy choruses and riffs that will surely make their way into your head after a listen or two. It doesn’t go in any new territory, but nonetheless it’s a strong opener if you are looking for a new act in this genre. – Kyle McGinn (Gallia on Facebook) 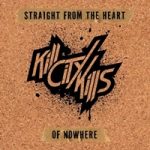 Kill City Kills – Straight from the Heart of Nowhere (Sliptrick Records)
A Russian three-piece that buy into the sleaze/heavy metal spirit on their four-song EP Straight from the Heart of Nowhere. Quick hitting numbers featuring the requisite bluesy/speedy musical hooks and sinister, personality-driven melodies along with lyrics that touch on rebellion, good times, and love – cuts like “Sin City” and “Suicide Tuesday” traverse latter day 80’s Sunset Strip hard rock / metal (L.A. Guns especially) with some Skull Fist/Judas Priest-like charm and grit. You can sense synchronized moves, teased hair, and leather being mandatory – and they have the grooves, hooks, and choruses to win over the cynics. Ideally their next outing will be a full-length. – Matt Coe (Kill City Kills official website) 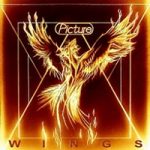 Picture – Wings (Pure Steel Records)
Many collectors of heavy metal remember this Dutch heavy metal act, during the 1980’s releasing a series of albums of which Diamond Dreamer and Eternal Dark probably gained the most acclaim/attention. Active again since 2007, four-fifths of the main lineup is still together for Wings (second guitarist Apple de Gelder coming in 2016) and it’s another lesson in traditional metal – featuring significant guitar hooks, loads of twin axe interplay activities, and solid rhythm section work beyond the potent, multi-octave bluesy delivery of Ronald van Prooijen. An epic Deep Purple-feel permeates the title cut, the deep organ chords becoming a significant musical focal point – while the double bass/churning guitars for “Is It Real” bring classic Accept to mind. The sound is primitive, the musicianship still honing those 70’s/80’s textures – it’s the type of heavy metal material that begs for fist waving, body swaying, and audiences singing along with the band. Youngsters may chuckle – but those who cut their teeth on NWOBHM and the early offshoots will devour this. – Matt Coe (Picture official website) 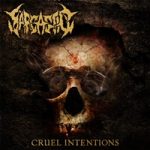 Sarcastic – Cruel Intentions (Self-Released)
Sarcastic is a four-piece thrash act from Indonesia – interjecting some extreme death and progressive elements into their sound on their three-song Cruel Intentions EP. Beyond the Max Cavalera-ish vocals of Sigit Bedhil and the additional keyboard, narrative elements and gunfire sounds, the material has this militant punishing aspect that probably reflects the furious anger and cathartic release the musicians feel performing in this genre. “Perang” and the title track possess a swirl of Sepultura and Bay Area thrash, while the closer “Karma” delves into off-time progressive mechanics, featuring a bevy of intricate guitar passages, rapid fire vocals, and free-floating drumming that kicks ass. Impressive musicianship and delivered in adequate tones, Sarcastic won’t remain underground hopefully for too much longer. – Matt Coe (Sarcastic on Facebook) 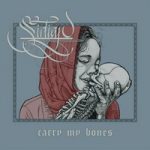 Sidian – Carry My Bones (Rebel Pyro Musick)
It’s been seven years since Sidian released any music, and the band has shrunk into a one-man act of Wyatt Sharp (departed members now sit in Fallujah, Trivium, and more). But the atmospheric death metal of the act is an appealing one. Merging some almost dissonant, Ulcerate-like darkness along with progressive/technical touches and occasional reaches into Fallujah-esque atmosphere,it doesn’t feel like the rest of the current tech-death scene. Some similarities exist, but Sidian’s style is its strongest weapon. There is a lot of depth to take in with each track, and the fresh coat of paint gives it an even stronger appeal. A must for tech/progressive fans. – Kyle McGinn (Sidian on Facebook) 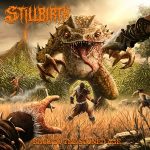 Stillbirth – Back to the Stoned Age (Unique Leader)
Back to the Stoned Age isn’t a new release by the slamming/grind/death metal act so much as a re-recorded batch of tracks from earlier releases. That said, for anyone who has slept on the band in the past this is a solid introduction. While you can essentially go down the extreme metal checklist with their brutal death sound, there’s a fun sense of humor and playfulness at hand with their approach. They will keep you on your toes with their change-ups from grinding speed, brutal slams, and mid-tempo chugs (not to mention the vocal variants), which makes it worth an investigation if you enjoy this sort of thing. – Kyle McGinn (Stillbirth on Facebook) 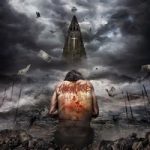 Whisteria Cottage – Heathen (Rebel Pyro Musick)
A reissue of a deathcore album that initially came out a decade ago (arguably in deathcore’s heyday), from the outside perspective it seems like a bit of a headscratcher. But in digging deeper and listening to the album itself, it’s got everything that can be expected of the genre and it’s surprising the band never really took off with this ‘back in the day.’ It’s well-balanced between firing off breakdowns, some At the Gates-esque melodies, and destructive rhythms. It’s some get-in, get-out heaviness, and we’ll caulk this one up to one of the genre’s hidden gems, and worthy of a reissue. Hopefully some new fans will check ’em out. – Kyle McGinn (Whisteria Cottage on Facebook)