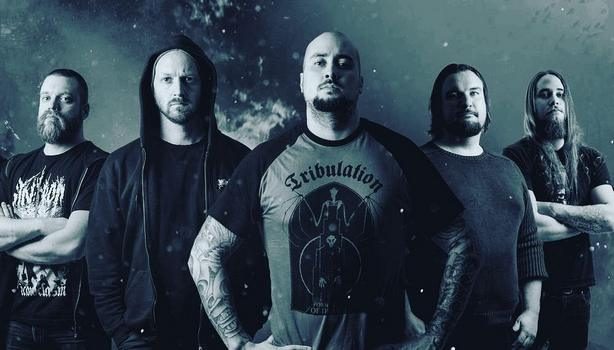 With fall officially getting closer at this point, the surging influx of new metal releases always reaches to incredible heights. Luckily we have mechanisms in place such as Rapid Fires to get a little bit more of the content covered within the realms. This month we look at Anguish Force, Chaos Over Cosmos, Decline of the I, Diabolos Dust, Goat Sperm, Malthusian, Meadows End (pictured above), Plague Rider, Sadness, Shadowkiller, Shotgun Radio, Terminal Function, and Tornado. 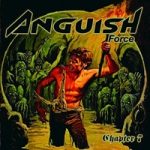 Anguish Force – Chapter 7 (Dawn of Sadness Productions)
Signifying the seventh album for these Italians, Anguish Force with Chapter 7 come from a street level speed/heavy metal angle with thrash propensities. Bassist Tumbler often positions himself adequately in the mix against the furious power riffs and speedy lead break runs of Luck AZ and LGD – giving “Karma’s Revenge” and “The Book of the Devil” that early Bay Area meets Exciter energy. Conversely the traditional side comes out on the mid-tempo/Accept-oriented “Don’t Lose the War” as well as the down to earth anthem “Under the Streets”. Throw in a nine-minute epic “So It Was” that showcases some cultural/classical textures instrumentally, and it’s a versatile outing. The deal breaker could be the warbling clean melodies of Kinnall – pronunciation not his strong suit at times. – Matt Coe (Anguish Force on Facebook) 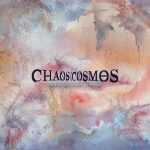 Chaos Over Cosmos – The Unknown Voyage (Self-Released)
A debut effort from Chaos Over Cosmos, a progressive metal act with a science fiction leaning, and plenty of shred. The Unknown Voyage may only contain 5 songs, but 3 of them are in the 10-15 minute range. The impressive part is how the band holds it together with this level of songwriting (long songs aren’t for everybody). Plenty of tasteful soloing, soaring vocal parts, and epic atmospheres keep the lengthy tracks quite manageable. Intriguing lyrical content rounds things out, with everything from video game references (Xenogears) to more introspective moments (“The Compass”) helping to keep things fresh. – Kyle McGinn (Chaos Over Cosmos on Facebook) 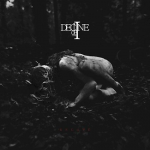 Decline of the I – Escape (Agonia)
The perils of French post-metal include such a degree of weirdness and/or sonic fluctuations that there’s the proverbial uphill climb to face. On their third studio album, Escape, the Frenchmen often work in dungeon crawling motifs with the harshness of post-metal proper, albeit in a much more angular and therefore, angry tone. The dips into experimental territory notwithstanding (see opener “Disruption”), Escape doesn’t find footing until “Organless Body” starts to heave and drawl with a wry drum-and-bass opening and ghosted guitar melodies. A challenging listen all the way through, Decline of the I presents an almost impenetrable front. – David E. Gehlke (Decline of the I Facebook) 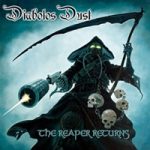 Diabolos Dust – The Reaper Returns (Massacre Records)
The third album The Reaper Returns from German quintet Diabolos Dust contains a few new members, changing their thrash metal stance to add a bit of hardcore and extreme influence to these eight tracks. Incorporating Judas Priest-style guitar lines against some melodic death metal touches during “Sanity”, you also get an epic closer with “Hold on the Flame” that contains a beginning doom riff, speedier black metal tremolo action and fierce screams, plus a lead section that lives for NWOBHM/Iron Maiden melodic glory. It’s obvious the Bay Area movement (Metallica, Testament) matter to these gentlemen – the flat sprinkler-oriented drum sound and whiskey-soaked vocals from Peter Lohwasser unfortunately diminish the impact of these songs. Better luck next time. – Matt Coe (Diabolos Dust on Facebook)

Goat Sperm – Voice in the Womb (Inferna Profundus Records)
Ukrainian black/death metal outfit Goat Sperm are obviously in need of a new moniker if they’d like to be taken seriously, although the benefits of having such a name may actually help them in the end. Instead of this being the usual sloppy, rag-tag assortment of death and black metal with sub-production tactics, Voice in the Womb is highly legit. Boasting a full and voluminous production job, the three songs on display here are disharmonic, haunting and challenging, hitting exactly upon the “orthodox” death and black metal tag. It’s a very secretive and difficult club to get into, but here comes Goat Sperm, wack-all name and everything. – David E. Gehlke (Goat Sperm Bandcamp) 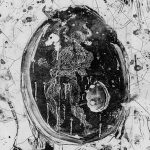 Malthusian – Across Deaths (Invictus Productions)
With five songs and an overall length of 40-minutes, you can tell you aren’t going to be in for quite the usual death metal pummeling with the latest from Irish extreme act Malthusian. Across Deaths sees them continuing down the cavernous and creepy vibes of their 2015 EP, but with even more hellish vibes and intention. Tortured shrieks and grim atmosphere are par for the course, and the band continues to be quite strong in being able to break things up with tempo changes across lengthy tracks. They can take the crazed Portal-esque elements and give them a bit more structure without losing the insanity. All in all, they continue to rise towards something quite impressive in their near future. – Kyle McGinn (Malthusian on Facebook) 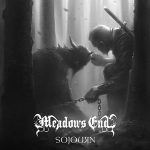 Meadows End – Sojourn (Black Lion Records)
A deserved rising act within the melodic death metal, Meadows End dig into some of their unused backlog for this most recent release. Not that the material is underwhelming, it’s quite the opposite. While it’s melodeath through and through, the level of polish across the album is just as strong as any release they’ve done in recent years. The slower pacing, and mid-tempo use gives the songs some real doozies in the melody department, seemingly finding a balance between Dark Tranquillity and Insomnium with ease. Worth noting that the band released this two years ago independently, and Black Lion saw fit to give it a wider release – it’s quite deserving of one. – Kyle McGinn (Meadows End on Facebook) 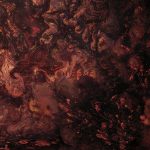 Plague Rider – Rhizome (Panurus Productions)
Plague Rider has certainly come a long way since their humble beginnings 5 years a go as more or less a standard death/thrash hybrid. Fast-foward to now (there’s been a few evolutionary steps along the way) and Rhizome sees the band emerge as a chaotic and murky mixture that tends to lean towards Gorguts more than anything else. It’s frantic and frequently bouncing all over the place yet it retains a sense of focus, even with two of the four tracks far exceeding the 5-minute mark. It truly feels like they are beginning to truly move in a unique direction (quite a task in extreme metal nowadays), and Rhizome is an excellent step in the right direction, provided you can keep up with the frenetic energy. – Kyle McGinn (Plague Rider on Facebook)

Sadness – Leave (Flowing Downward/Avantgarde)
Perhaps the total realization, if not the pure embodiment of shoegaze’s now pervasive influence within black metal, one-man outfit Sadness provide literally every truism of the style on Leave. The project of Damián “Elisa” Ojeda, Sadness rely on barely-there screams (like, way low in the mix) and the endless cascade of dreamy melodies, soft melodies and serene melodies if you get the idea. There’s nothing really to be threatened by here; it’s black metal to soften your pillow with, even though the dominant synth work found on “To Stay” tries to push Leave into out of its rigid confines, but ultimately, it’s no use – the shoegaze wins every time. – David E. Gehlke (Sadness Bandcamp) 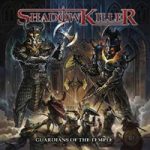 Shadowkiller – Guardians of the Temple (Self-Released)
Choosing to go DIY for their third release after two previous label efforts, Shadowkiller sit in a wonderful progressive power metal platform on Guardians of the Temple. Equally capable of pulling off classic riffs that rip as soaring vocals to the heavens, there is a darker, sophisticated edge to songs like “The Last Templars” and “Faces in the Firelight” that sounds like Savatage/Vicious Rumors careening headlong into Symphony X and Queensrÿche. Driving guitars, pulsating bass, plenty of double kick drumming with nimble time signature maneuvering (check out the Ozzy-like barrage during “Into the Blight” for the latter aspect) along with the Hansi meets Jon Oliva-like venom voice of guitarist Joe Liszt holds court from first note to last for the band. ProgPower and Keep It True mavens clamor to Shadowkiller – join the growing legions. – Matt Coe (Shadowkiller on Facebook) 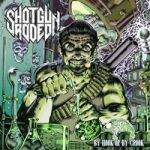 Shotgun Rodeo – By Hook or By Crook (Mighty Music)
Self-described as ‘heavy metal on steroids’, Norwegian act Shotgun Rodeo certainly pack a punch on their second full-length By Hook or By Crook. Imagine a mix of melodic hard rock and groove metal and that’s what you’ll hear through 13 tracks and 54 minutes of material – names like Skid Row, Pantera, 90’s Metallica, and a bit of Corrosion of Conformity come to mind when enjoying “Fort Knox” and “Human Hand Grenade”. The hooks provide the main source of swinging appeal – proper riff/tempo match ups, along with a versatile singer in Nino Escopeta that straddles the Sebastian Bach meets sinister metal delivery. And how can you go wrong with a song dedicated to mighty axe wielder “Tony Iommi”? Multi-generational and cross-collateral genre appeal here, folks – it’s very strong and addictive. – Matt Coe (Shotgun Rodeo on Facebook) 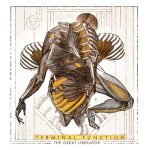 Terminal Function – The Great Liberator (Stupid Dream Records)
Utilizing the EP format to get new material out faster, Terminal Function make good on this ideology with a quick follow up to last November’s 3-song EP, Krakstören, with The Great Liberator. While the influences are quite unmistakable (Meshuggah), the energy and power that Terminal Function puts behind them makes this one a no brainer if you enjoy the djent sound. They also add in a bit of tech death inspiration at times too, which is a pleasant spin on the usual formula. A great source of punishing energy that uses its shorter runtime to deliver no shortage of aggressive riffs (along with some melodic/atmospheric solos to counterbalance). – Kyle McGinn (Terminal Function on Facebook) 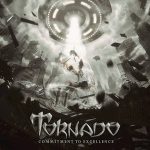 Tornado – Commitment to Excellence (Extreme Metal Music/Rockshots Records)
The third album from Finnish act Tornado, Commitment to Excellence builds on their sleazy glam meets thrash approach that they established on their first two efforts. Expect gang vocals, heads down thrash, plus the glam hooks and sleazy tones that make you think of the Sunset Strip one moment, then the 80’s Bay Area meets New York crossover thrash scene the next. With guests from Immolation, Nile, and Pro-Pain among others, plus the enthusiastic vocals of Superstar Joey Severance at the helm -it’s hard not to get swept away by the push and pull of “Global Pandemic”, crunchy crossover swinger “Spirit and Opportunity”, and militant “Supremacy”. Add in a fun throwback to S.O.D. for “United Forces” and this epitomizes a love for multiple genres, a time when circle pits reigned supreme and thrash was top of mind for the underground. – Matt Coe (Tornado on Facebook)