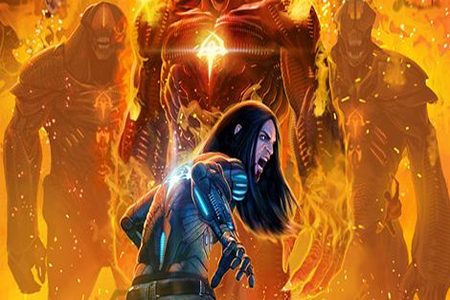 Dead Rhetoric: How much importance do you place on assembling the right team of supporters (management, producer, booking agency, artists) to elevate Artizan and allow you to concentrate more on musical matters?

Tammeus: It’s really important to work with the right people and trusting them to do that. It took me a lot of work to get to that point, that’s why you are working with them and they are doing what’s in your best interest. Let them do their job, we work with a good booking agent right now, he got us the Fates Warning tour – surround yourself with people that are better than you and trust they are going to do the right thing. We have a great label, great booking, I’ve got great people in the band. We have good people doing social media, videos… we did a video two years ago for “The Guardian”, for the limited budget they did a phenomenal job. You need that pool of resources for people that can take you to another level, that’s really important.

Dead Rhetoric: Are there any myths or misconceptions you would like to talk about regarding a band at your level and how realistic it would ever be to become a full-time endeavor?

Tammeus: (laughs). You got all day? It’s such a misconception by so many people how things really work. The sacrifices that it takes, not to dwell on that because we do it because we love it. It’s getting more challenging all the time because people are not buying the product. They have too many resources available to get things for free. I put it back to…when you go to a movie, you have to pay for that. It’s $10-$20 between the movie and food/drink, or sometimes you end up spending close to $30, the experience lasts you two hours and you have memories of it, but you don’t end up with a physical product out of it. People will pay for that and you have to pay for that. Why is it so hard to justify paying $12-$15 to pay for a product that costs thousands of dollars to make and thousands of man hours? Somehow people will rationalize in their minds… millions of times, somewhere someone is getting music for free off a torrent site because they can. If people could walk into a movie theater for free, I’m sure they would try to do it. That’s just the reality of it, until we get to a point where in the industry it can’t be done anymore, this is the reality and we deal with it every day. If you asked this question to a hundred different musicians they would tell you something along the same lines.

Ray Alder would say it’s not what it used to be, it’s a little bit harder. Streaming services is another double edge sword, I’ve found a lot of bands through Spotify that I’ve never heard of and I’m glad that I got the chance to hear them because of the exposure. But how many people in turn are following through and buying a product then? The pros and cons of it… they love the internet because of the exposure, but if you throw your product out there that you’ve spent a lot of money on and there is no reciprocation back, it’s like someone going in to a job, punching in and not getting a paycheck, you are going to get frustrated and you may get to a point where you aren’t going to do it anymore because it’s not panning out. We have all this at our fingertips, but as far as the artist goes, I don’t know.

Dead Rhetoric: As far as drummers, who are some of the people you admire and maybe influence you?

Tammeus: There are a lot of great ones. Vinny Appice and Nicko McBrain are probably my top two. I was a huge Maiden fan as a kid, and as far as Vinny it’s the groove, the interesting grooves he did with Dio on Holy Diver. The simple little fills that he does that are so tasty. Some of the earlier stuff from Mike Portnoy, Bobby Jarzombek is a beast. Since I got to see him play with Fates Warning on tour, he was in Watchtower, Arch/Matheos, Bobby is on another level and he is always challenging himself. His proficiency… but groove guys like John Bonham are also killer to listen to.

Dead Rhetoric: What concerns you most about the world we live in today?

Tammeus: Mostly… it’s really the theme of the album, and some of this may go through people’s ears when they listen to it is how we are neglecting the Earth. We consume and destroy, that’s pretty much what we do as human beings. And I am as guilty of this as anybody. It’s an epidemic on our hands and I don’t think we want to look at it. We think we are going to do something about it, we aren’t doing enough. The day is going to come where we will pay the price, we aren’t going to have clean air to breathe or sustainable sources of food, soil, overpopulation and disease. We are raping the Earth, and that’s what this album is really about. There is a whole other cleansing that happens on the album, and that’s just sci-fi stuff, so we got to have fun with that.

Dead Rhetoric: How does the rest of 2015 shape up for Artizan in terms of promotional activities?

Tammeus: Hopefully we will have some great little tours that we will do. We will see a video come out from the album within the next month or so to support the album. Our favorite thing is to play in front of people- it’s not always the most practical, easy thing to do. I love sitting behind the drums, playing for people and giving them 100% of my energy and having that symbiotic energy. 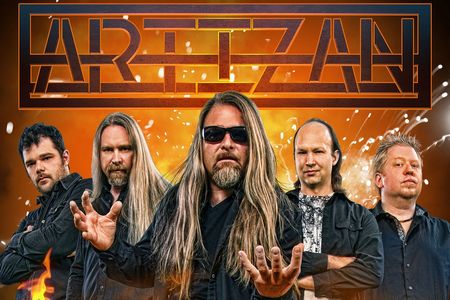