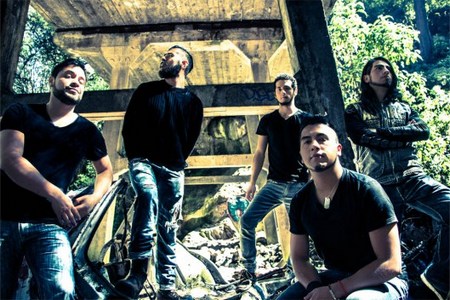 Discussion regarding progressive metal abounds. It’s a genre with innovative ideas, usually outstanding musicianship, and fervent followers willing to discuss and debate every aspect of their favorite (or non-favorite) bands. Hailing from Mexico, Anima Tempo throw their ‘experimental progressive death metal’ hat into the ring, challenging the listener from multiple perspectives on their full-length Cages in Memories.

Melding a lot of the old with the new, Anima Tempo appear unafraid to go wherever their compositions may take them. Clean vocals, extreme vocals, keyboard/guitar syncopation, odd time signatures, short arrangements to long-winded epics – whatever it takes to get the point across, these musicians strive to establish themselves in their own way.

Answering this e-mail interview would be vocalist/guitarist Gian Granados and his brother guitarist/keyboardist Dante Granados. In this interview there is a lot of talk regarding what progressive music means to the band, the thoughts behind how they describe their style, as well as the struggles to establish themselves in their Mexico homeland where international metal bands gain more acceptance over domestic output.

Dead Rhetoric: What are your earliest memories surrounding music in childhood? Can you tell us the progression you made from being a music fan to picking up an instrument and eventually forming your own bands?

Gian Granados: Well, basically my brother and me grew up on a very progressive rock environment, our parents always have been fans of bands like Camel, Pink Floyd, Rush, PFM, Jethro Tull, King Crimson etc. but also a lot of different kind of music like classical, jazz or blues. So as you can see we have been always influenced by lot of music along our life. But when we were 14 years old (Dante) and 15 years old (Gian) we decided to pick up a guitar by influence of our father who played acoustic guitar since he was young. I think it was the strongest motivation to became musicians and create our own band.

Dead Rhetoric: Anima Tempo is self-described on your Facebook page as ‘experimental progressive death metal’. How difficult is it to categorize your songwriting, and is it a long process to develop a song from idea to final recorded conclusion – or do some ideas just develop quickly due to the band’s abilities?

Dante Granados: That is a good question, we strongly believe that music must be free, categorizing means restriction in many ways, but it is quite often (for us) to hear that question each time we play live, that’s the reason why we tried to take the most representative genres we merge (Progressive and Death Metal) to give an apt description to our music, and we added the tag “Experimental” because we do not feel afraid to explore or include any kind of music we like , for example we usually go through cinematic orchestral passages blended with electronic music elements (Dubstep, Trance, EDM etc.)

About the songwriting process of our debut album we can say that it was absolutely a long process. In rehearsal, we usually start with a basic riff/drum beat and we try to develop it as many times as necessary until we feel satisfied with it all, then we usually experiment a lot over the rhythm basics by adding synths and cinematic elements to give new textures and atmospheres to our songs. Sometimes it takes a long time, sometimes everything flows natural and straight.

Dead Rhetoric: Caged in Memories is the latest Anima Tempo album, coming out six years after the start of the group – can you give us some insight into the songwriting and recording sessions? Were there any particular surprises or challenges that came up, and how do you feel about the overall final product?

Dante: Actually Anima Tempo was born on December 2009 with the recording of our first demo called Alas de Cristal and then in late 2010 we recorded a second demo called Caged in Memories which laid the foundations of our debut album for which the composition process began on early 2011.

We must say that every phase we lived working on our debut album (Songwriting- Pre-production- Recording Sessions-Post-Production) was very exciting, but we must accept that it was not an easy task. In fact it was a real challenge to get (to) the final product. For example, we were forced to record the entire album twice due to a lack of commitment with the first producer. It pushed us to learn and get the tools to try self-producing the album, always supported by Erik Mikalsen since the beginning and lately Nick Sampson for the post-production. We sadly wasted more than a year but fortunately we never gave up.

Recording sessions were always amazing, with a very funny environment between the entire team. I remember working lot of times from dusk ‘till dawn with many cups of coffee but never jaded to begin a new session. We definitely would love to repeat it again soon. Finally we are stoked with the final result because now it sounds like we always imagined. Definitely we are happy with it all.

Dead Rhetoric: Where does Anima Tempo come from on the lyric front for this album? And are there challenges writing material in English given that Spanish is your first natural language?

Gian: For sure it was a challenge, we worked really hard to improve our English skills and try to explain our ideas better every time. In this process Erik Mikalsen was a great support to us because he always double checked every meaning of every line, also he helped us a lot to improve our pronunciation.

We started to write the lyrics since we decided to create a concept album based on the meaning of Anima Tempo (The Essence of Time). We created a kind of general map in which we locate our characters and their role in this story on different lines of time. Caged in Memories is a story based on a Mexican family destroyed by lies, fear, corruption and the desire of power.

In general, the lyrics talk about the duality of the human being and how easy we can be corrupted and blinded by richness even knowing the fatal consequences. Finally, the goal is that you can get your own conclusion because the end is not clear, so it will be interesting to know which ending fits for you.

Dead Rhetoric: Tell us a bit about the cover art as far as who designed it and the process – to me the color scheme and overall theme has more of a King Diamond feel that distinguishes it from typical computer graphic generated art work in your genre?

Gian: Rainer Kalwitz was the cover art designer. He made the Room V artwork for Shadow Gallery and he also worked for Century Media, BMG, Metal Blade, Inside out among others.

He started with a raw sketch we drew for him and a small resume of our story of the album. We gave him the freedom to paint everything he imagined and we were very satisfied with the result. As we aforementioned, duality is constantly present on the album and he did an amazing job contrasting the dark and the bright side of the story. Also he included a lot of details that you will notice if you look carefully, the same as the lyrics and music.

Dead Rhetoric: Progressive as a tag has so many different meanings, especially to a younger generation of music fans. What qualities do you think make music ‘progressive’? Who are some of your favorite artists/bands that fit that mold?

In general, the band tendencies go through a lot of music styles, but talking about metal, Symphony X, Shining, Protest the Hero, Myrath, Sikth, Scar Symmetry, Tesseract and Fail Emotions can be good examples.

Dead Rhetoric: How would you describe Anima Tempo in a live setting? What have been some of your favorite shows either as an opener or headliner? Do you have a preference on the studio versus stage experience?

Gian: We love both, each one has its own magic. The difference between live and studio experiences is that on stage you can set your fire free, the interaction with the audience is an amazing release of adrenaline. It is the straightest way to share your music.

In the studio it is different but exciting too because every recording session is an opportunity to experiment and at the end of the day the best way to interact as a family. Every day is thrilling by giving shape to an album with your hard work.

Dead Rhetoric: Do you see being from Mexico as an advantage to stand out and cut your own following?

Dante: We think this is not an advantage at all. Heavy metal in Mexico is not a popular genre, and also the Mexican metalheads usually prefers non-Mexican bands. But people nowadays are turning to take a look to the national metal artists because the production of the albums are getting better day by day.

Dead Rhetoric: Where do you see the state of the music business currently? Do you believe social media and instant communication has levelled the playing field for independent bands to stand on similar ground as signed acts?

Gian: For sure social media helps independent bands to reach distant places you never imagined 10 years ago, the thing is to try to use it correctly. On the other hand, the amount of bands you can hear today is overwhelming because every day a new band is rising. So you need to be very active all the time if you don’t want to be lost or forgotten.

Dead Rhetoric: Who are some of the bands that you feel Anima Tempo best models themselves after – either in terms of professionalism, attitude, or overall stylistic/performance principles? And what would you consider the three best albums of all time (metal or otherwise)?

Talking about the 3 best albums, we prefer to choose the 3 best progressive metal albums for us. In that case The Odyssey/Symphony X, Images and Words/Dream Theater and Isolate/Circus Maximus. Pretty difficult to choose ha ha.

Dead Rhetoric: What concerns you most about the world we live in? And how do you balance the demands of Anima Tempo as far as writing, recording, performing, rehearsing with what it takes to make a living and develop a personal/social life?

Gian: The world is becoming harder day by day. But we feel motivated to create new music for a very long time. Actually each member of the band has a professional degree and it is helping us a lot to support our permanence on the road. It is important to say that since we released our debut album, alot of doors have opened to us: we have seen such an incredible response on reviews, comments, messages and also by receiving a lot of opportunities to play live in new places. This is the reason why we feel dedicated to continue making the best music we can.

Dead Rhetoric: How do you see the rest of 2016 shaping up for Anima Tempo?

Dante: At the moment all seems to be great, we feel optimistic that this album will give us the opportunity to travel and get new experiences that will definitely serve Anima Tempo well to become a more solid and professional band; meanwhile we’ll be working on our second album planned to be released on 2017. We also expect for Anima Tempo to get a name among the international metal scene sooner or later. 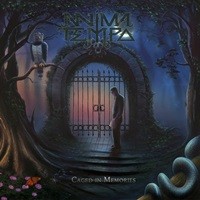