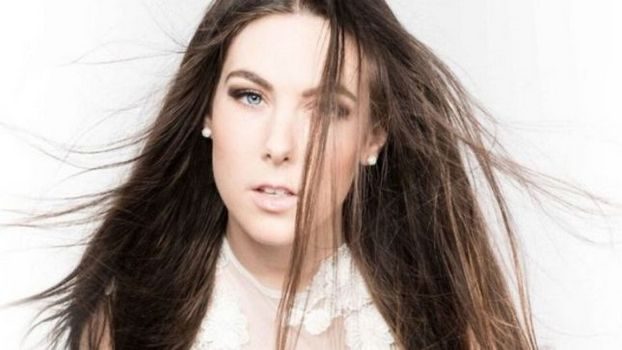 Dead Rhetoric: That could be the title of your next song!

Ryd: [Laughs] I think it’s good. I think it’s important. It’s healthy for everyone – for yourself and your surroundings. The entire way that society is built – it kind of freaks me out, how everything is supposed to be all the time. It makes me ponder about how and why things came to be – it’s the kind of thing that makes your brain want to explode. It’s good to be a musician, because you can get out a lot of your inner thoughts and emotions through the music.

Dead Rhetoric: In that same direction, after being able to look at the lyrics for Maximalism at this point, it seems like it’s more personal. There’s less focus on science fiction and futuristic topics this time.

Ryd: Yes – there are less distant subjects. That’s the thing, and you are absolutely right. It’s so easy to touch on things that are not 100% real, or subjects that are more surreal and abstract. When it comes to your own feelings and thoughts – very simple subjects, it’s very hard to write. It’s hard to be shallow. It’s challenging – we wanted to put some of the bigger concepts aside for one record and focus on us. We want to have fun – we want to bring it on the rocks. We want to play blackjack in Vegas. Those are two songs that reflect our lives being on tour and our experiences. Most of the songs are more personal. They are less complicated – you don’t have to dig so deep to understand what they are about.

It actually brings us back to songs like “Invincible” and “1,000,000 Light Years.” We have written similar songs in the past. We wanted to clean out the question marks and make it very pure and straight and human – not quite so surreal and fantastical. It’s nice also to allow yourself to move out of those abstract concepts and be in the here and now. Let your brain rest a little bit sometimes and focus on something fun and easy. That’s why we think this album was important. For us and the listeners. Usually how people listen to our music today, we appreciate those who go out and buy the albums, but a lot of people listen on Spotify/YouTube and you put a playlist of all the songs – they blend them together and it mixes up all the albums. Sometimes it’s nice to have that feeling of, “oh, this is from album X…you can hear that with a clear difference.” “Or this is from the second album because it’s when they started to go towards this type of sound.” You don’t want to copy yourself and sound exactly the same all the time. That was very important too.

The thing is that we haven’t chosen a new direction – I don’t know who said that. It’s probably people who assume [based on one song]. I’m just telling you to hold your horses and wait for the next album. It could be the most metal album we have ever done. I guess that’s the thing that we are missing ourselves, personally, is the metal parts because we didn’t do it as much on this album. We haven’t decided that we want like, “this, this, and that thing is what we love most.” We haven’t said that, and I won’t say that. Personally, I do miss the fast metal riffs, and they are going to come back. I’m pretty sure about that.

Dead Rhetoric: “Fury” was one of the heaviest songs you’ve done too…

Ryd: That’s very true. I don’t know which song people are referring to when they are judging the sound. That’s the thing with us – you can’t decide, and you definitely cannot decide for us, what direction we should go in. It [the sound] can always turn back in the other direction. It’s very fun to write songs and be in a band like this when you have so many options. It’s very inspiring and very fun. I wouldn’t want to be like, “yes – we have decided…this is how it’s going to sound forever.” It’d be so boring – I don’t want to feel trapped.

Dead Rhetoric: The band’s toes are dipped into so many different influences that, it shouldn’t at least, cause an uproar when you take a certain approach to one song.

Ryd: Exactly. That’s the thing – it’s music. It’s funny, during the show Johan [Andreassen] has a part when we speaks about it [before the encore] and he says, we just want to play good music. That’s everything we always wanted. I would love to call us metal, because I really respect the metal scene, and it’s one of the biggest influences. I wish people wouldn’t take that away from us [laughs]. It would make me very sad.

Dead Rhetoric: Well, no one else can truly take that away from you…

Ryd: We own our sound, of course, but like I said, in the future, I’ve already started to think about the next steps. We have these four albums to get inspired by ourselves. When we write a new album, we usually ask about which songs we liked best, and which songs were the fan favorites, and we get inspired by that sound and develop it. That has led us to where we are now, as well as our personal thoughts about the music and how it sounds. Also, how far can you take a sound that is already so different? How different can it be [laughs]? That’s very interesting too – it’s like an experiment.

Dead Rhetoric: Plus there is the idea that when you do your next album there will be a new member in the band too.

Ryd: That’s true! I’ve been thinking about that too – how a new member will affect the sound. It will be interesting to see that. Most musicians that I’ve met, they don’t want to write songs. They don’t like it – they say that they can’t do it. They just want to, for example, be the singer. It’s like, “no I don’t want to get involved with anything.” So maybe it will be that kind of guy. Or it could be this kind of guy, who is like, “but I have to be [that way].” I am like that [laughs]. But not always. When I do guest vocals, it’s nice to sing someone else’s vocal melodies and you can learn something from being open-minded. But I would want to add my personal vibe to it. When I did guest vocals with Kamelot – I could have sang it straight on, how I got it, but I wanted to make it sound like me. That’s why they wanted me to be a part of the song, of course, because they wanted my voice and my vibe on it.

If a new singer is going to want that, it’s going to be important that he gets that out – otherwise it’s going to create a bad vibe in the band, and that’s something we definitely don’t want. There’s so many things – it’s like inviting a new family member in. You have to listen to their needs, but you can’t get offended if those needs are more than you expected, or less [laughs]. You don’t want to step on anyone’s toes. Like Chris [Adam]. If he said he needs his band and then he could sing our songs, but if he wouldn’t have his own band he would have needed to be part of the songwriting because he has things he wants to represent – which is called art, and that’s why we are doing this. Art itself is the most important thing here. That’s what we need to do to enjoy this kind of job.

Dead Rhetoric: To wrap things up – you coming back in the fall for ProgPower in September. Are you planning on doing a limited run or anything, as long as you are here?

Ryd: We are always planning to do tours in the US. We hopefully will do a tour together with the ProgPower fest. Nothing is confirmed yet, but we have contacts over here who are trying to find a tour for us. It’s enjoyable to tour the US and the audiences are amazing. It’s so big – by the time you finish the last state, it’s already been a while so you can start at the beginning again. We will inform everyone as soon as it’s confirmed. It’ll be on our homepage and we’ll spam Facebook like always, and the rest of social media. We will absolutely try to come back soon. It’s been too long [since the last tour]. More than a year is a long time.

Ryd: Yes [laughs]. All of these visas…please give us a green card. If someone out there works at the embassy and gives us green cards – we’ll take it, and we’ll move here. We love the US; we love New York especially.