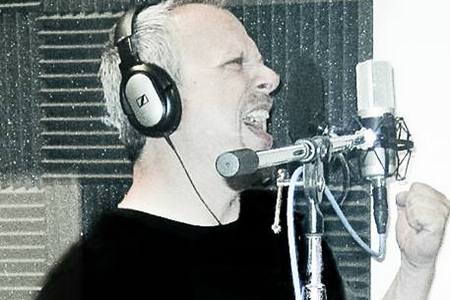 Dead Rhetoric: Where do you stand on technique versus feel when it comes to guitar playing?

Mihalovich: I think they go together. When I look at the guys that I really liked – my favorite guys were always great players, in great bands with songs people liked. Warren DeMartini of Ratt, George Lynch from Dokken, Yngwie – I don’t care what anybody says, clearly astounding technique but he’s written a lot of killer songs over the years, and Paul Gilbert with Racer X. Those are the guys I look to. There are some players in metal that have a more conservative approach, players who also have an over the top approach. Speed and technique is a tool, right? Anything that is overdone starts to lose its effectiveness. In my opinion, the guitarists I really like have a lot of melody in their playing, they play memorable solos, but they could blow your hair back when they wanted to. Write a good song, play something meaningful, and in doing that you will have something that will interest people that like technical aspects as well.

Dead Rhetoric: How do you define success at this point in your career? Who do you look to as far as benchmarks in the scene that you hope Aftershok can be on par with to handle themselves in terms of discography, live performances, and overall professionalism?

Mihalovich: Based on the fact that it took a lot of time, a lot of effort, and we ran into a lot of roadblocks to get this album out, success is staying true to yourself, putting something out that you believe in and hope that other people connect with it as well. Although it’s still early, people seem to think that we came out with a good record to regain our integrity, finding a new singer that works within the context of our style. You’d like to have some strong sales to back things up- but it you are in metal to try to make money, that’s a bad proposition. As an independent artist and someone that has a day job, it’s really a difficult proposition. Bands that are really household names in metal, Dream Evil, Primal Fear, Firewind – a lot of those bands, some guys have day jobs when they aren’t on the road or recording. That’s the reality of the situation.

In terms of legacy and the models I look up to, clearly Judas Priest, Accept, U.D.O., Saxon and Iron Maiden. Iron Maiden will go out now and play their whole new album at a concert- and I love that because they aren’t about living in the past. It’s not disrespectful to the fans, they love their fans but they want them to realize they are artists and we are where we are by moving forward. I look at that kind of attitude- Biff Byford from Saxon, he’s in the league of Dickinson and Halford as a vocalist- and you can know every couple of years the band is going to put out a really good sounding record. I set my goals along that platform. I want people to think about Aftershok sounding in a similar league as a band like Primal Fear- not sounding like a demo, but judge it on its own merits and hopefully be along the lines of what the big boys are releasing.

Mihalovich: I think some of that is on purpose, or bands just throw something out there because people aren’t going to listen to it anyways. Or people don’t have the proper resources to do it, I understand that it’s really hard to compete. Some of the home recording has made things easier, it’s a double edge sword. Back 20-30 years ago, you really had to get to a certain level to put out an album, because that meant somebody had to finance you to get studio time. Now you can do a lot of amazing things in a home studio, but what I think has happened is its homogenized the sounds of metal. The best albums I still think are the ones where musicians go into a studio and work with a good producer and engineer to get something really unique. Mötley Crüe or Metallica, they would go into different studios to create different sounds. Now everybody has the same guitar modeling and uses the same drum samples, doing everything at home- so the overall standard sonically and performance-wise has been raised, I won’t doubt that. Records sound really clean and they tend to be well-performed and very precise. They also don’t have as much character and personality because there are so many common production techniques and tools that everybody is using to get by in these financially trying times in the industry, so it takes away a lot of the character from those records.

Dead Rhetoric: How does George like to unwind as far as activities, hobbies, or outside interests to recharge your batteries away from music?

Mihalovich: I do spend a lot of time with music- having a day job, you only have so much time at night. I like to practice, there’s always something I want to learn with new chords, scales or ideas. I am an avid hiker and runner, I read quite a bit- I wish I had more time to read. I like to stay in shape. I am a pretty strong fantasy, sci-fi fan. The best movies and television shows come from books – it’s just a matter of how well on television they bring that to life. I watch Game of Thrones but the book is where it all starts.

Dead Rhetoric: What are the plans for Aftershok over the next six to twelve months? Local shows, possible regional touring, maybe an international festival or two to support Detonate? Would you also look into the possibility of a proper video for one of the songs?

Mihalovich: When it comes to the plans, we are going to continue to promote the new record. Get it out there and let people know that we are here. Gigs- that remains to be seen. The singer is in New Brunswick, Canada which is two hours above the very tip of Bangor, Maine. He’s pretty far away, it’s 1,600-1,700 miles. So the logistics in terms of his vacation time and the finances make it complicated to do some shows. I’m not going to say it isn’t going to happen, it would be difficult. As far as festivals go, that depends on how well the record goes. If we are given an opportunity to do a festival that makes fiscal sense, we would love to do that. We did shoot footage and with some of the guys I set up things fell through – we are in the process of trying to find someone to finish things off to put out a video. 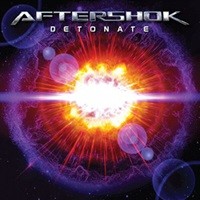