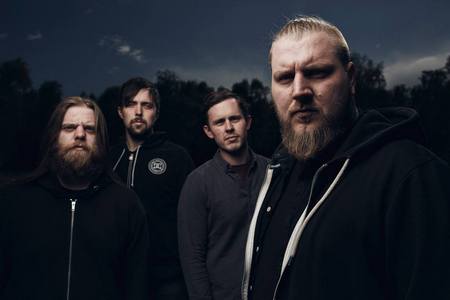 Dead Rhetoric: Definitely – the world view of death metal might be that it’s a bunch of whatever, but there is a section of the listenership that does want to delve into those deeper things.

Scott: And I think this album works for both sets of people. If someone just wants to listen to a gnarly death metal record, they can put this on and enjoy it. It’s not traditional death metal; it’s way more modern now. We go off on a tangent – there are some borderline progressive moments in there, some real exploration. We don’t just pitch the same idea down four times and move on. We elaborate, we go off, we accent, and we change things. A standard listener will have a great time, and then someone who wants to dig in and have a bit of a bigger meal, they can really get something out of it as long as they bring a knife and fork. They can pick it apart. And they will hopefully get as much joy reading and understanding it as we did making it.

Dead Rhetoric: Going along with the lyrics, do you feel that The Pardoner acts as a good segway back to your first album with its view about religion?

Scott: So basically what happened with Miasmic was that I didn’t end up following anything, really. The only thing that started was my own conceptual idea of how I wanted the artwork to look, and where I wanted to go with the songs. I actually went a bit too far with Miasmic – I sort of used it as a soapbox at one point, with my own reflections of religion. I do find that interesting, and I do find that being irreverent is one of my natural things. I’m not doing it for effect either. I genuinely have a dislike for religious doctrine. I’ve got no time for it – I’m very anti- any religion. So The Pardoner was my way of doing it in a sneaky way – it’s not direct “I hate God” and all that, it’s being far more creative about it.

I’m actually using one of his own people. The Pardoner was someone who acted on behalf of the church. He was not appointed by the church but he pretended he was so that he could sell spiritual credit to people, to sinners. He was exploiting people’s fear of Hell and the Devil, and their love of God, to line his own pocket. He was making people atone for their own sins of avarice, acting in a way that displayed nothing but pure avarice. The hypocrisy – that’s what I loved about it. That’s the whole problem I have with religion is the hypocrisy of it all.

Dead Rhetoric: So was it more rewarding to fully dive into the conceptual route this time around?

Scott: In looking back at Miasmic, when I started writing out lyrics for The Pardoner, I made a list of “this is what I have to achieve with this album.” I had to proper set a scene, so that’s where I started with track one. Then I worked my way all the way to the end of the album until I had achieved everything I had set out to do. I set the scene, told the story, reflected on my own thoughts, and then seal it with a conclusion. Without blowing my own trumpet, I nailed it [laughs]! It turned out alright – I can look at it and be proud.

Dead Rhetoric: We’ve talked a lot about lyrics – how do you feel that you have changed, as a band, since Miasmic Mutation?

Scott: Since Miasmic, we have gone through 2 guitarists and 3 drummers, so stuff changed musically. The way that it changed the most was that we passed the baton for who was contributing the most material. Everyone in the band is a good musician and everyone can play their instrument, but it’s a real skill to write music. Our bass player, David Archer, he wrote the lion’s share of that material. It’s massively his input and his vision. He just ran with it, and Archer’s got a way more modern interest in death metal, and metal music as a whole. The writing team we had last time, our passion was more in the traditional and old school, although we didn’t sound it…that’s where we came from, and it ended up sounding somewhere between American and European modern death metal.

Now, because the influence came directly from modern death metal, we still tried to keep a little bit of the old style about us with the vocals, and the drum style. So we kept a bit of that character but we’ve gone well beyond it and really expanded into a much more musical band. I’ve tried to explain this to people, and I think a lot people get what I mean, but there’s loads of death metal bands that are just death metal bands. They are straight-up death metal bands – they come in, do their shift, and go home. But there’s not a lot of death metal bands that are truly interesting. There’s a lot of fodder – don’t get me wrong, I love my fodder…as long as it’s heavy, and as long as it moves, that’s what interests me with death metal, but being a musician, we wanted more.

We didn’t want to be one of those bands anymore. We wanted to make a bit of a statement, take a few risks, and try to alienate a few people, because that’s always fun. Just seeing what we can do – we felt we had nothing to lose; it’s our first record for Prosthetic and now was the time. If we were going to take any opportunity to take a risk, it’s at a fresh start. That’s basically what the motivation was to push it in a different direction – it was now or never. We didn’t want to lay the foundations for something that we didn’t feel prepared to see out for the next few years.

Dead Rhetoric: Death metal is a hard type of music to push towards an hour-long album. What did you do to ensure things were changed up along the way?

Scott: The big thing, in Miasmic, we had some experimenting with orchestral arrangements and interludes. On this album, The Pardoner, we wanted to make sure it was a continuous record. There’s no point in which it stops. You press play and it’s a journey – it just goes. A lot of the songs are tied together with orchestral arrangements. They’ll have some violin, or cello, or piano…something to tie the whole thing together. That really helped us to create a different sound. Once you crack out a few violins, everyone gets a bit more creative. The juices were just flowing, and the record came together quick.

We had some riffs knocking about in January 2016, but that was it. When we actually sat down and started rolling on it, Archer just pummeled through it. That’s how we created a cohesive sound – it was all made relatively close to each other. I think the album has great continuity. Miasmic struggled in some places to sound like the same band, it sounded a bit confused at times. Whereas this traverses through a few different styles, but it sounds like one body of work.

Dead Rhetoric: I read that you got some initial label interest based on The Black Dahlia Murder sharing one of your songs. Are they aware of their role?

Scott: That’s absolutely the truth, and Trevor [Strnad] is aware actually, because he’s very good friends with the owner of Prosthetic Records. I think how it goes is that you know Trevor really supports the underground bands; he must have come across our album online and he just shared it on The Black Dahlia Murder page, and the owner of Prosthetic just saw it. We got a few emails that day from different labels, but Prosthetic was like, “Trevor showed me this and I want to meet you guys. I’m in London next month, let’s hook up.” It just sort of went from there. I went to see The Black Dahlia Murder in London shortly after that and I spoke to Trevor a bit on Twitter beforehand, so I took a shirt and a CD down to him. We had a little chat and I told him we had been signed and he was stoked.

Dead Rhetoric: The album comes out at the end of the month. Any major plans following that?

Scott: This is always a point of contention. We are just doing that thing, where we just want to play as many shows as we can. We still have a lot of work to do in this country, the UK, and certainly in Europe. We’ve only been to [continental] Europe a couple of times, and we’ve only been close in Europe…so we’ve gone to France, Germany, Belgium, but we haven’t really gone out to any Eastern Europe and no Scandinavia. So we have tons to do. We are getting to the point now where we’ve played loads of shows, and we are just trying to make sure that the shows we play now are decent quality, rather than just playing anything and everything. We understand we just have to get out there.

With this new material, we are so confident and happy to perform. We have some plans, but it’s silly to get excited about things until it’s signed and you know it’s definitely happening. There’s promises and ideas all over the shop. We have a bunch of shows confirmed already – we are playing a bunch of cool festivals over here. A few dates with friends as well, but as far as big touring opportunities go, we have to wait our turn. 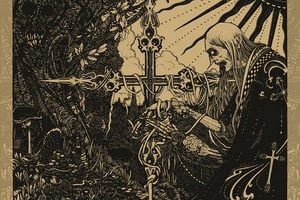 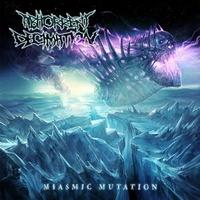