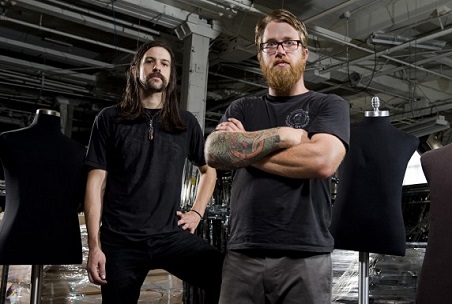 “We don’t even have expectations anymore; we just want to do it and have a good time.”

If only more underground metal bands would take such an approach then we wouldn’t be saddled with a barrage of soundalikes and safe, predictable records. The above quote comes from A Life Once Lost vocalist Bob Meadows, who along with guitarist Doug Sabolick, purposely sidelined the band in 2009 after a grueling tour cycle in support of their 2007 Iron Gag album. Realizing that they probably wouldn’t make it to the next level, the band took their time to regroup, shedding members and engaging in a newfound direction, one that works like a charm on last year’s excellent Ecstatic Trance, their first for new label Season of Mist.

Phoning while en route to some gigs in Austin, Texas for the 2013 installment of South by Southwest, Meadows starts by admitting that finally getting back into the swing of things is a comforting, albeit an initially stressful feeling, for runs in support of the new album are their first since their period of inactivity.

“Playing, playing live shows, writing this record, it’s been fun. I definitely missed it. Doug had his side-project, I did a couple of things, the new guys we have with us now are cool…the chemistry is great. It’s a lot of fun. I’m looking forward to seeing what the year has in store.

“We’ve been gone for such a lengthy period that people have moved on, or just don’t listen to the music they listened to five years ago,” he continues. “Everyone goes through changes as a human being. Even with us, the music in itself, it’s matured and grown by leaps and bounds from what we were doing with Iron Gag to Ecstatic Trance. It’s not a full-time job; it’s something you do because you love it. You don’t do it because you’re trying to make a living off of it. It’s not a feasible thing, at least not in our situation.”

The band’s “situation” included the departure of longtime guitarist Bob Carpenter, leaving Sabolick to handle guitar duties all to his lonesome. This also included the writing for Ecstatic Trance, something that was also a first for the guitarist. Yet, Meadows claims the one-guitar setup is working just fine and should become the norm for ALOL for the foreseeable future. “I really didn’t know what to expect at first. The way that we’re running it, it’s full-proof, it sounds great. We haven’t had any problems yet. Every time you lose a new member, it takes some getting used to. Not having Bob and Justin [Graves, drums] around, it’s definitely been hard, but I’ve grown to have a good friendship with the new guys.”

Ecstatic Trance’s nuanced grooves and hypnotic pull are its primary selling points, making it stick out in a crowded thrash and death metal environment. Taking cues from the likes of Meshuggah circa Nothing in 2002 and Candiria, ALOL seem to be poised on taking grooves to the next level. Case in point: “Madness is God” and “I Am.” “The groove is thick within the music,” adds Meadows. “That’s always been our key thing – the groove. If you can groove hard and get the people going, that’s the main thing. Shit, we were doing it back in 2002 and 2003 and it was going over people’s heads [laughs].”

Dead Rhetoric broached the idea to Meadows that ALOL has the upper-hand since they’ve largely stayed away from thrash aesthetics, as in, Ecstatic Trance is devoid of speed and brash intensity, but does not sacrifice heaviness. The key to the album all lies within getting the listener to lock in…and avoiding what everyone is doing, i.e. the dreaded “safe zone.” For a band that was once solely known for their splitting of Lamb of God and Meshuggah, it’s a bold step in the right direction.

“The scene is saturated with bands that never venture outside of their sound and safe sound,” notes Meadows. “There is so much more to it than playing it safe than doing the repetitive nature of finding a sound and running with it. With Ecstatic Trance and us, we got back from being a full-time band, that’s allowed us to be ‘fuck it.’ We don’t need to fall back on anything we’ve done in the past. What we’re into is showing people our influences, being a heavy metal band …there is only so much you can do, but if you incorporate the Kraut rock and punk stuff that we’ve been jamming. And finally we can come around and open up that door.”

As noted above, as part of their return to the scene, the fact A Life Once Lost will no longer be pursuing a career in music as a full-time vocation is the main reason for Meadows’ subsequent wisdom and clarity. Any band in their 20’s will naturally chase the brass ring, and wear themselves ragged on tours while doing so. ALOL was certainly adept at doing that since they hit the ground running after 2003’s A Great Artist, but as Meadows concludes, their headspace is light-years away from that.

“I got lost toward the end of Iron Gag – too many expectations. But you take some time off and refocus and reevaluate what it is that brought you here…it was the music, it was never the reward. It was never the payout at the end of the tour. The interaction between you and the crowd…it’s unlike anything you can experience. Whether you’re local and playing in front of five people in a basement in West Philly, or going down to Monterrey, Mexico and playing in front of a couple thousand. Within that time, that’s what should drive you. It should never be based off a payout. That’s why you work. That’s why you’re a responsible human being. You’re about juggling this and being a responsible person in life, and that’s where I am in life. I’m finding this balance, and it feels good. I’m starting to come around and be happy again [laughs].” 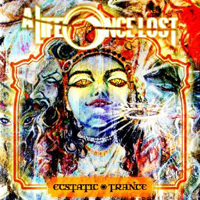