Tying one’s lyrical approach to a geographical locale is nothing new in metal. We’ve been seeing it for years from our friendly neighbors in Scandinavia. It speaks to cultural pride, provincial richness, and the depth of history. Sure, it can be a slippery slope with the bands who get flagged as being too nationalistic, but what’s wrong with being proud of where you’re from? Case in point, Salem, MA genre-bending duo 1476. Comprised of Robb Kavjian and Neil Derosa, 1476 has devoted a good chunk of its lyrical topics to its New England locale, telling tales of its past inhabitants, unrelenting winters, and the early days of our fine country. 1476’s blend of metal, neo-folk, rock, and experimental was good enough for stalwart German label Prophecy Productions to take notice and sign the band to a deal earlier this year.

Before 1476 will release its first all-new offering for Prophecy titled Our Season Draws Near, the label saw fit to reissue the band’s first three releases – Smoke in the Sky, Edgar Allan Poe: A Life of Hope & Despair, and Wildwood/Nightside, which is where we start with Kavjian…

Dead Rhetoric: You’ve been an independent band (and a productive one at that) for quite some time. What made Prophecy the right choice for 1476?

Robb Kavjian: Prophecy was the right choice for us for a few reasons. They believe in letting their bands have artistic freedom. This is crucial to us because we like to take new approaches to each project. Our first EP Smoke in the Sky was made primarily acoustic in a more analogue fashion. The Wildwood LP and The Nightside EP were much more experimental—heavier, noisier, but also more ambient in places. Edgar Allan Poe: A Life Of Hope & Despair was a soundtrack that we made for an art gallery based on Poe. The music is primarily instrumental and rooted in piano, strings, and electronics.

Our upcoming album, Our Season Draws Near, will be much heavier, more traditional in some ways, richer sounding, and very spacious. I don’t believe we would be able to do this on many other labels aside from Prophecy as most labels are relatively strict with genres. Another important reason for us is Prophecy’s attention to details with physical products. They release beautiful albums in a variety of editions. Even as a DIY project, we’ve always released special editions and limited edition versions of our albums in the nicest packaging we could get. It’s important to us to keep this element and develop it further. I remember when I first discovered Prophecy, I was trying to find their manufacturer so we could possibly press our own albums through them. Aside from many other smaller reasons, we are just big fans of many Prophecy artists too.

Dead Rhetoric: To that point, would you have been comfortable remaining an independent band for the foreseeable future?

Kavjian: No, I don’t think so. I’m sure we would have carried on anyways but it was definitely becoming unenjoyable. We don’t have a network of other artists or a scene to be part of where we live so it can be quite difficult to get our music heard. We reached a point where the business aspect was taking too much time and energy away from the musical aspect. There was a lot of it we just didn’t understand. Neither one of us enjoys the business side of things but it was just a necessary evil. It took its toll and I reached a point where making music felt like a burden or a chore. We had to stop and really figure out what we wanted. We made the decision that we would record another album and send it to labels with Prophecy being our #1 choice. Once we decided this, we both felt like a huge weight was lifted. This was no guarantee that we would get signed at all but it just felt right and very positive to us. Once again, we are very fortunate that we took the chance and that it worked out! I don’t know where we’d be right now otherwise.

Dead Rhetoric: As for the reissues, did you assist with the packaging/presentation? Or, did you leave that up to Prophecy?

Kavjian: We handled the majority of the packaging and presentation ourselves though Prophecy asked us initially if we were open to updating the look of everything. I have always been a huge fan of albums having uniform layouts and appearances. Some examples of this would be the old Crass Records singles that all had circular cover designs, Sacred Bones Records having a uniform cover layout with their logo in the top left corner and the title/track listing in the top right corner, and Prophecy’s reissues of the Sol Invictus catalogue where all the covers have the same border design. Even the Iron Maiden albums have this consistency to a lesser degree. We had this when we released our albums originally but I felt like it was never enough. The idea wasn’t getting across. So, we took this opportunity to figure it out. The art for Wildwood is the same though the layout is new. We have new art for Smoke and Poe because we were missing some of the original photos and some were low resolution. The layouts were done by the artist/designer Alexandria Noël who we’ve been working with since 2011.

Dead Rhetoric: While the band has some metal elements, to these ears, you are not a tried-and-true metal band, but much more. Are you okay with being included in the metal scene? Would you consider it your base audience?

Kavjian: If the metal scene was open to us, we would definitely be okay with that. I think we are both metal guys at heart, ha-ha. I’m not sure who our base audience is exactly. I think it spreads out over a wide range of people. My friend Wolfgang from the Austrian metal band Cadaverous Condition told me that it seems like our fan base is made up of people who are on the darker end of punk, some neo-folk people, and open-minded metal fans. I think this is pretty accurate as far as I can tell.

Dead Rhetoric: To the uninitiated, what is so alluring about your hometown of Salem?

Kavjian: Everyone has different tastes, but for me, I love small, quaint places with old buildings and a rich history. This is basically what Salem is. Most of New England is like this, though. Growing up, I was always drawn to European history and its cultures. I identified with that more than American culture. It is just a love I have. Our part of the country is where some of the earliest European settlements are and that atmosphere is still prevalent in many of our cities and towns. So in a sense, it allowed me to daydream and imagine Europe when I was a child. I grew up in Boston which is one of the homes of the Revolutionary War. Many of these sites and landmarks are still there tucked away in different parts of the city and it’s something that has always moved me for some reason. I identify with how old everything can feel and the atmosphere of it. It’s hard to explain. What’s alluring about Salem? Maybe an outsider would be interested in the historical aspects of it like the witch trial hysteria during the 1690s. That history is well-documented here and is filled with new age and occult shops. Halloween is just as popular as Christmas here—if not more! Usually all of October is filled with Halloween festivities and people come from all over the world to check them out, ha-ha.

Dead Rhetoric: A bit of a simple question: Will you ever run out of inspiration from Salem or NE?

Kavjian: No. Once again, a lot of my inspiration comes from an old Europe I imagined through the filter of New England when I was a child. As a result, I’m drawing feelings from an imaginary place in a sense…and this can be an infinite thing. I think it’s important to point out though that these feelings inspire the atmosphere I’d like to capture in the music—but the lyrical themes are inspired by many other things. Each release has its own loose topic.

Dead Rhetoric: With the reissues now out and about, have you started work on a new album? If so, what can we expect?

Kavjian: Oh yes! We actually finished recording our new album last year before we signed with Prophecy. This is what we sent to them initially. It’s called Our Season Draws Near as I mentioned earlier and, if all goes according to plan, it should be released around January. As usual, it was recorded by us but was mixed by Markus Siegenhort from Lantlôs this time. This album is the heaviest and most personal album we’ve made so far. It deals with the ideas of isolation, solitude, loneliness, and resignation. It has a winter theme and the lyrics are written through the filter of rune mysticism, mythology, and the concept of the ice age. Because of the subject matter, the writing is sort of the opposite of Wildwood. Wildwood had many dense layers to create atmosphere. With this album we wanted to try using minimalism, space, and quiet to create the atmosphere instead. The songs are more guitar and drum-driven than anything we’ve done so far. It’s a big, heavy, and urgent sounding record I hope.

Dead Rhetoric: For Wildwood, you wrote a good chunk of the album on the fly. There’s a big risk and reward with that, so, will you ever try something like that again?

Kavjian: I’m not sure. We did that with Poe to some degree. I think it’s still different though because the music is mostly piano/electronic though we replaced the synth strings with real violin, cello, and bass for the final version. I need to feel like I’m doing something new with each project. I believe that if I do the same thing twice than it is not genuine. If it’s easy, that means I’ve done it already and I’m not challenging myself. I’m not being creative—I’m just dialing into a comfortable formula. I never want to do this. To me, the most satisfying part of making music is stumbling across new sounds and ideas. It’s very refreshing and I’m addicted to that feeling. I get excited by doing new album layouts and using color themes that we’ve never used in the past. I love everything to feel new and fresh. I want each album to be its own unique world separate from all the others but still connected in subtle ways—maybe like planets in a solar system. The approach to our upcoming album was the opposite of the Wildwood approach. We wrote everything and demoed it first over the course of a year. We rehearsed everything for a few months and then recorded the album quickly afterwards—in about three weeks if I remember correctly.

Kavjian: Right now, we are working on the layout and packaging for Our Season Draws Near. Otherwise, we’re looking for a bassist and guitarist to be a part of a live line-up we can tour with. We’re hoping to have a live band ready to perform around the release of the album. If anyone is interested, please feel free to contact us at 1476cult@gmail.com. 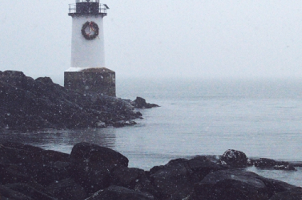