After a 12-year hiatus from the North American metal scene, Norwegian Viking metallers Einherjer announced in January that they would be embarking on an exclusive eight-date venture through Ontario and Quebec. Chatter about this tour quickly spread, easily having been the most talked about upcoming event in Toronto’s metal scene. And with the cancellation of Heathen Crusade Metalfest and SXSW, Toronto fans had first crack at welcoming them back on Vinlandic soil. Backed by domestic supporting act Panzerfaust and London’s SIG:AR:TYR at the Hard Luck Bar, the quality of this event was unparalleled.

As a follower of SIG:AR:TYR’s music since its inception in 2003, I wasn’t sure what to expect as the lone member, Daemonskald, had been behind all its atmospheric beauty. In addition, this was their first Canadian debut, second live performance and their only stop on the Dragons Over Vinland tour. Those in attendance Friday evening would have never known any different.  Daemonskald recounted refreshing tales of traditional Norse folklore through blackened rasps alongside ambient rifts while Battlesoul’s Nich Ireland endowed thunderous drumming throughout their set. The array of folk metal enthusiasts banged their head in accord during Blood of the North, a track off of Godsaga.  Michael Gründ of Battlesoul played rhythm guitar, backing Daemonskald’s soulful solos while Vesperia’s Morgan Rider played echoing bass, both offering brief supporting vocals.

SIG:AR:TYR’s set exhibited the band’s similarities to Bathory but also supplied it’s clear uniqueness and underrated status in the metal scene. This was also obvious to the large assembly who gathered as they chanted loudly for an encore. Their performance was a rare treat and easily became a part of a limited group of artists that I would want to see over and over again.

Up next was Panzerfaust, Toronto’s own black metal fundamentalists. Having seen this fourfold ensemble in the past, this performance was unlike the latter in many ways. Panzerfaust’s overall stage presence was fierce and intimidating; guitarist Kaizer and bassist Morbid menaced at the unsuspecting masses albeit vocalist Goliath belted out hoarse vocals. Drummer Lord Baphomet varied between combative style marching and full on blast beats as Goliath stood before a podium sporting a khaki coloured sac accompanied by a noose over his head. Kaizer executed apocalyptic, sepulchral riffs amidst Panzerfaust’s discourse and the crowd banged their heads in assent.

While this was not their top performance in some aspects, they did not fail to get the majority of show goers to raise their horns in support. Since forming in 2005, they’ve crafted their intonation and overall direction, exemplifying tremendous growth. This was especially apparent during their live rendition of The Apple of Infinite Knowledge, the fourth track from their new album, Jehovah-Jireh: The Divine Anti-Logos. Panzerfaust will continue on to play seven more gigs with headliner, Einherjer.

As a popular saying goes, save the best for last. This statement rang quite true for Norway’s Einherjer, one of very few Viking metal bands noted for their authentic cultural sound and mythological storytelling. Adorned in simple black shirts, pants and their faces bare, Einherjer were full of energy and the crowd reciprocated throughout their set. As a frequent show goer, I can say Einherjer’s performance invoked all kinds of rare enchantment; fans crowd-surfed without hesitation at the Hard Luck Bar, while others formed their own lineage head banging to their heart’s content. Beserkergang delivered with Glesnes’ blackened battle chants, relentless melodic riffs from Herløe and complex warlike drumming from Storesund.

Our drinks were raised high as we shouted strong praise to Odin, cheering along with the chorus during Odin Owns Ye All.  Although Ironbound seemed to lack its pivotal symphonic keyboard elements, the vocal and instrumental harmonies of Glesnes, Herløe, Storesund and Svendsbø made up for that. Their attack on our ears was sinister and tenacious and we begged for more. Einherjer happily obliged, ending their performance with encore song Far Far North.

Toronto metal and music addicts alike, you’ve renewed my faith in our local music scene. We recognized the rare privilege of the Dragons Over Vinland tour, not allowing the icy winds to deter us and attended by the masses. We embraced SIG:AR:TYR’s first Canadian debut with acclaim, showed our undying support for Toronto’s black metal diehards Panzerfaust and welcomed Viking metal veterans Einherjer after over a decade of absence from North America with high praise. This was a folk-laden night that will be forever etched in the minds of all who were present. 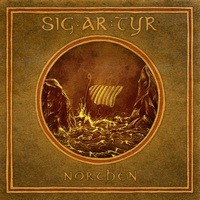 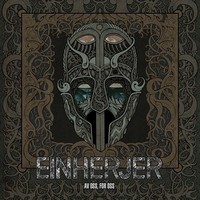 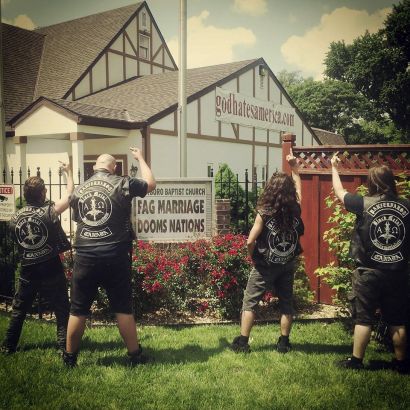