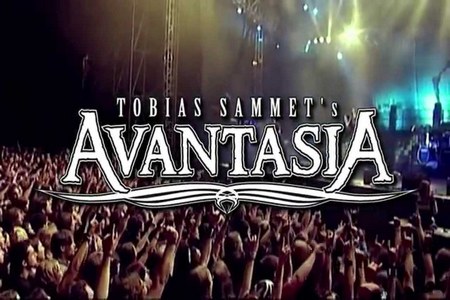 Avantasia, the heavy metal rock opera created by Edguy vocalist Tobias Sammet, is known the world over for its epic concept albums, impeccable musicianship, and cadre of special guest vocalists and musicians representing the best of the best in hard rock and heavy metal.

With the group’s releases topping the charts in countries around the world, it has had the opportunity to headline many festivals and conduct various world tours, but the United States was never part of the tour routing. In a country where metal is not nearly as celebrated and supported as it is overseas, and where it has become increasingly difficult for bands to even gain entry to tour, never mind the logistics involved in coordinating and assembling a rock opera project of this magnitude, there was never any reason to imagine Avantasia would come to the United States.

That all changed when it was announced that Avantasia would include two dates in the U.S. as part of the current world tour in support of the seventh studio album and latest release, Ghostlights. April 11 marked the U.S. debut of Avantasia at the House of Blues in Anaheim, Calif., which was quickly followed up with a stop in Toronto, Canada on April 13 before gracing the East Coast with a performance at the PlayStation Theater in Manhattan, N.Y. on April 15.

Having the opportunity to see Avantasia in the United States at all was privilege enough, but Tobi and the group treated fans to a 3-hour-plus performance, featuring a who’s who collection of heavy metal and rock royalty vocalists and musicians. For the U.S. shows, vocalists included Michael Kiske (ex-Helloween, Unisonic), Jorn Lande (ex-Masterplan, Jorn), Ronnie Atkins (Pretty Maids), Eric Martin (Mr. Big), Herbie Langhans (Sinbreed), Amanda Somerville, and Oliver Hartmann (ex-At Vance), who also played lead guitar. The backing band was rounded out by Sascha Paeth on lead and rhythm guitar, Andre Neigenfind on bass, Michael “Miro” Rodenberg on keyboards, and Felix Bohnke behind the drum kit.

The evening’s performance was a special occasion, but what put this show over the top was the crowd. Having waited years to experience the Avantasia rock opera in the live setting, fans from around the country (and even a few from overseas) made the journey to New York and packed the PlayStation Theater, eager to let the ensemble know just how appreciative they were for deciding to include the U.S. on the current tour routing. Before the band even took the stage, chants of “AVAN-TASIA!” rang out followed by a series of claps.

Shortly after 8 p.m., “Also sprach Zarathustra (Theme from 2001: A Space Odyssey)” began playing over the PA, ratcheting up the anticipation that much more, which by this point had hit a fever pitch. The band took the stage and launched into the Meat Loaf-esque “Mystery of a Blood Red Rose,” which saw the energetic Tobi dancing from side to side across the stage.

Before picking up the pace with the Ghostlights title track featuring Michael Kiske joining Tobi on the microphone, Tobi, with his signature wit, took a moment to greet the audience and give us a taste of what Avantasia had in store for the evening’s festivities. “We’re going to play old stuff, new stuff, semi-old stuff, semi-new stuff, which is the same as semi-old stuff. We’re going to play slow stuff, mid-tempo stuff, and fast stuff.” True to his word, the 23-song setlist covered the band’s entire discography.

“Invoke the Machine” was next, which brought Ronnie Atkins and his intense, gritty vocal delivery to the stage, much to the delight of the fans. Both Kiske and Atkins remained on stage for “Unchain the Light” before it was Olli Hartmann’s turn at the mic to sing “The Watchmaker’s Dream,” a personal favorite from The Mystery of Time.

Five songs into the set, the crowd was clapping, chanting, and singing the chorus to every song, but the proceedings were taken to the next level as it was time for fan-favorite “The Scarecrow,” which featured the first appearance of Jorn Lande, or in the words of Tobi, “the striking Viking.” Jorn’s powerful, majestic pipes were in full force. Hearing him live is a real treat and you should take advantage if the opportunity every presents itself. Next came a song many were hoping to hear, another selection from Ghostlights and one that again featured Jorn, the darkened semi-ballad “Lucifer,” which Tobi said he wrote for Jorn after hearing him sing a Norwegian folk song following a night of drinking.

“What’s Left of Me” introduced Eric Martin and his melodic vocals to the audience. He was then joined by Jorn, Herbie Langhans, Amanda Somerville, and Olli for “The Wicked Symphony,” in which Tobi left the stage for a well-deserved break. Next it was Herbie’s turn in the spotlight, who was featured on “Draconian Love,” which Tobi announced would be the next single from Ghostlights. The haunting Type O Negative-like song is another personal favorite and Herbie delivered an absolutely crushing performance.

Throughout the night, the audience was at full throat and never wavered in the energy department. At one point Tobi said, “I didn’t realize we were in South America!” in reference to the infamous raucous crowds of that region when it comes to celebrating metal. What came next sent the crowd over the edge as we got our first taste of material from the The Metal Opera with “Farewell,” featuring Kiske and Amanda Somerville on lead vocals. A prime candidate for audience participation, the crowd definitely made their voices heard.

Tobi again left the stage following “Farewell,” making way for Jorn and Ronnie to rejoin Kiske and Olli to sing “Stargazers” from Angel of Babylon before another duet between Kiske and Somerville for “Shelter from the Rain.” Tobi then promised the next song is destined to become an Avantasia classic, as he introduced “Let the Storm Descend Upon You,” which featured Jorn and Ronnie sharing vocal duties with Tobi. It’s easy to see why Tobi is so confident in the 12-minute epic, which opens with a beautiful keyboard melody, shifts through several tempo changes, and never loses the listener; a true musical rollercoaster.

Like a rock ‘n’ roll locomotive steaming through the night, the rock solid performances never let up. “Promised Land” featuring Jorn as well as “Prelude/Reach Out for the Light” and “Avantasia,” both featuring Kiske, followed before a blistering rendition of “Twisted Mind,” which featured Eric Martin and Ronnie, with Tobi again leaving the stage.

Longtime Avantasia member and Magnum vocalist Bob Catley was the only guest vocalist that was part of the European shows that couldn’t make it to the U.S. due to his Magnum duties, but Tobi didn’t let that stop him from including two Catley songs in the setlist. Eric Martin did an admirable job filling in for Catley on “The Great Mystery” and stayed on stage for a rousing “Dying for an Angel” before Tobi sang the Bob Catley signature song, “The Story Ain’t Over.”

The show could have ended there and no one would have gone home disappointed. However, the band returned to the stage for “Lost in Space,” featuring Somerville, before everyone took the stage for the Sign of the Angels medley, featuring “Sign of the Cross” and “The Seven Angels” to close out a magical performance and an unforgettable concert experience.