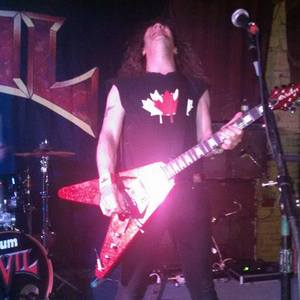 Metal Thursdays have been a mainstay at Ralph’s Diner in Worcester, MA since 2006. Filling a need for the local and international scene for bands and fans alike, it’s been amazing to see it reach over 300+ shows as this 10th anniversary bill coincides with the start of a US tour run for Canadian metal legends Anvil. Add in a strong support cast with western MA thrash act Lich King, Springfield, MA metal trio Roadhorse, and long-time Boston area metal act Ravage, and you have the makings of another special performance in the intimate confines of the diner (holding capacity: 188).

Announcing in advance that doors would be at 8 pm and first band would go on at 8:45pm meant a lot of people decided that showing up early was imperative if they wanted to catch Ravage. The former Metal Blade artists performed a half-hour set of their classics, blending together a lot of traditional metal leads and riffs with sharp power/thrash esthetics. Between Al’s propensity to encourage crowd chants and sing-a-longs during the right uplifting chord/tempo parts plus the natural adrenaline rush of the songs, cuts like “The Wasteland”, “Freedom Fighter” and of course “The Shredder” brought the crowd along and got the evening started in a celebratory fashion.

Next would be the three-piece Roadhorse – another band that’s been in the scene forever (together since 1989!). A unique set up because drummer Vinny Falkowski handles the bulk of the lead vocals, which makes sense given their raw, speedy, heads down approach is very reminiscent of Motörhead and he summons Lemmy’s delivery to a tee. Churning out songs from their three full-lengths, “Shovelhead” and “Front Page News” among others hit all the right spots- and it wasn’t surprising to hear the band finish with a spot on cover of “Iron Fist” that would make Lemmy and the boys proud.

A little after 10 pm, Lich King would assault the crowd in their supersonic crossover thrash way that contains a lot of humor, Tom Martin’s high pitched fierce word spew (think John Connelly meets Sean Killian) and guitar harmonies that have to be heard to be believed. The band just knows how to have fun on stage, stay in the moment (making faces at people who dare text as they play… or Tom wearing a shirt with drummer Brian Westbrook on it in frumpy face mode) and take no prisoners. “Wage Slave” and “Attack of the Wrath of the War of the Death of the Strike of the Sword of the Blood of the Beast” were two memorable highlights. Surprisingly their first show at Metal Thursday in 5 years, hopefully they will return sooner rather than later as they are opening three more East Coast dates on this run with Anvil.

At 11pm…the beginning strains of the instrumental “March of the Crabs” would start, signaling the arrival of Canada’s Anvil. Vocalist/guitarist Lips began the set in the crowd, his wireless guitar allowing him to be one amongst the fans as a circle formed around his playing. The man is as much a character as we will get in the metal world now, adept at all the right poses, call to arms phrasing during between song banter, and tactics that work well from a bygone era of arena rock that these gentlemen grew up with and still love. Fresh off a European tour opening for Udo Dirkschneider, the trio of Lips, drummer Robb Reiner, and bassist Chris Robertson kept the almost sold-out crowd on high alert- headbanging, crowd surfing, plus developing minor pit action throughout their 90-minute set.

From quips about Ozzy and Sharon’s recent separation, to recalling Blackmore licks during some of his soloing escapades, we would also get a heartfelt dedication on “Free as the Wind” to the loss of Lemmy beyond the mixture of classics and new material. “666”, “Mothra” (featuring an extended vibrator solo from Lips), “Swing Thing” (including an incredible drum solo from Robb Reiner), “Winged Assassins”, and “Ooh Baby” were some of the oldies featured, along with a smattering of more recent material like “Daggers and Rum”, “Die for a Lie”, and “On Fire”. Closing with the expected Anvil anthem “Metal on Metal”, the crowd would chant for more and as an encore the band would pull out the title track to their third studio album Forged in Fire as well as ending with a Steppenwolf cover “Born to Be Wild” – typifying the feelings shared by bands and crowd alike this evening.

A great start to their current US tour run, and a wonderful 10th anniversary for the Worcester, MA metal community at Ralph’s. Here’s to hopefully 300 + more shows as we grow older in metal together. 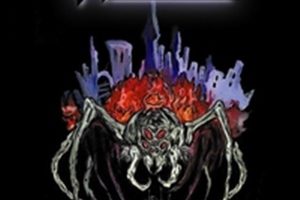