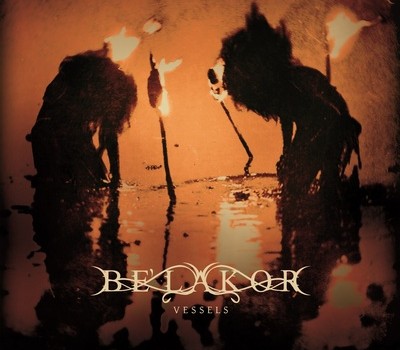 A good chunk of the DR staff are big fans of melodic death metal. Despite our other preferences, many of us always still find ourselves coming back to the subgenre when a band gets it just right. Australian act Be’lakor has been refining their craft and elevating their status since the release of their debut The Frail Tide in 2007. Finally getting a push in the exposure department by signing with Napalm Records, it couldn’t have come at a better time with Vessels being their finest offering yet. An impressive work that should win over the melodic death purists who long for gorgeous twin-guitar harmonies and acoustic patterns while continuing to move the genre forward.

The band’s fourth album and first in as many years, Vessels, goes further out on the ledge explored on Of Breath and Bone. Employing a progressive model where deep, intricate arrangements are the norm, Be’lakor never loses sight of the prize, for lack of a better term, remaining high and tight around its engrossing melodic current. It’s best exemplified on “An Ember’s Arc,” the album’s first proper, and subsequent, best track. Guided by a bevy of melancholic acoustic guitars, sinewy melodies, and mid-song climaxes and breaks, “An Ember’s Arc” is simply a brilliant number.