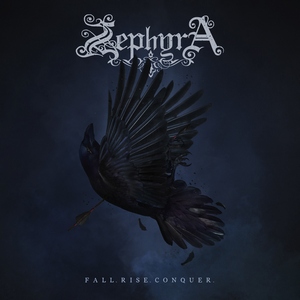 Back in 2016, Zephyra came out from nowhere and unleashed a thrilling modern melodic death metal album in the form of As the World Collapses. They followed it up with a single (“The Darkest Black”) the following year, but now we are in possession of the group’s third full-length in the form of Fall. Rise. Conquer. As such, they’ve managed to one-up themselves in all musical aspects for this latest release.

What worked best for Zephyra three years ago still stands, they’ve just managed to capture even more contrasts and sounds into their music. They have the electronic tone and switch up between clean and harsh vocals, which firmly plants them on the more modern edge of the melodeath divide, but they don’t forget that the ‘death’ portion exists (something many others are keen to ignore). So some tracks can provide some heavier, more death/thrash oriented moments and it’s to Zephyra’s credit that they can blend the more modern, electronic-enhanced portion of the band with these aggressive qualities. “Svart smärta” for instance, takes some heavier chugging riffs and sets them up with some catchy electronics and clean vocals at the track’s onset and later shifts things into more visceral territory (while maintaining a catchy vibe, no less). “Fånge i frihet” and “Dreams Denied” also start off the album with similar vibes, making for a compelling introduction. A modernized cover of “Nothing Else Matters” and “A Letter for You” provide some balance on the softer side of things, and give vocalist Åsa Netterbrant some well-deserved spotlight time. But closer “Man Chooses, Slaves Obey” serves as a potent finale, with a genuine mixture of gentle and heavy moments, and a more epic tone that the band would be wise to further capitalize on in the future.

Zephyra seem to sit as one of the modern metal genre’s underrated acts, and Fall. Rise. Conquer. sees them continue to up their game. If you can’t seem to get into bands like Amaranthe or Sonic Syndicate because they lack that certain sonic fury, Zephyra might just be the perfect bridge to get folks interested. 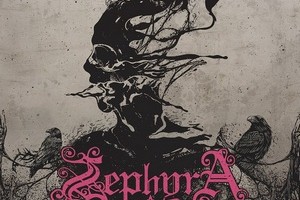