Sometimes, with the rampant subgenre crossbreeding that endures in metal, it’s nice to hear simply a heavy band. Perhaps it’s more of an attitude thing; certain albums jump off the speakers better than others, subsequently laying waste to lesser, punier bands trying to keep up. That’s really how California metalized hardcore unit Xibalba come across on their fourth full-length, Años en infierno. It is, at times, savagely heavy, thus shoving (er, punching or kicking) away from any sort of arguments as to what deathcore is or should be. This is the real deal.

Whether Xibalba is a death metal band playing hardcore or a hardcore band playing death metal (methinks it’s the latter), how these songs groove and occasionally doom (the harmony portion found on “Corredor de la muerte” is like Slayer playing doom) is what pushes these eight songs across. While you can hear tatters of classic death metal sailing through “Santa Muerte” and “Años en infierno,” it is the propulsive swing and stomp of “La injusticia,” the surprisingly dreamy clean guitars and vocals of “El Abismo I” and the chug apocalypse of “El Abismo II” that gives Xibalba another dimension.

Put it this way: Años en infierno is the kind of album and Xibalba is the kind of band posers and/or pretenders would run away from on the street. It’s the album that should have been blaring when all the cyclops haircut kiddies discovered breakdowns and tried to make it their own. After hearing Años en infierno, it’s unlikely those bands and scenesters would ever want to come back. 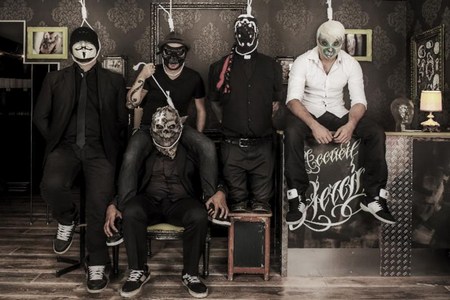