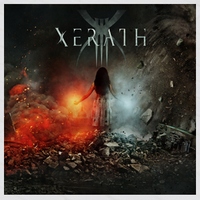 DR remembers covering the U.K.’s Xerath during our time on Blistering, and lowering the Meshuggah boom on them for being copyists, which on their sophomore outing II, they really were. Maybe the band found it too easy to get caught up in the excitement over djent and its prospects – who knows. All we remember is how flat and unoriginal the album was, even if some of the songs had some glimmer of potential. Fast-forward three years and the band is back with a new album in the form of III, a new guitarist (Conor McGouran) and renewed focus on the wide-open terrain that is cyber metal.

To their credit, Xerath has moved into the territory once normally dominated by the likes of Fear Factory and Strapping Young Lad. Granted, III is not a virtual composite of the two, but the elements are there, like on the cinematic “Bleed This Body Clean,” which is perhaps the album’s most interesting track, and “I Hold Dominion,” a song that goes past the seven-minute mark in a grapple of keyboards, vocal overdubs, and funky riffing, believe it or not. So it’s through this relative expansion that additional album jams such as “Ironclad” and “The Chaos Reign” benefit, where Xerath sounds like less a sum of their influences, and more of a band willing to carve out their own slot of land.

An album that may be able to fill a specific void, III is an obvious step-up from II, and the band’s I debut. (Here’s a guess: Their next album will be titled IV.) Moreover, it’s with relief and excitement to see a relatively young band work through their previous shortcomings and turn in an album that sets them up for broader moves down the road. Sometimes, that’s all we can really ask for from bands. 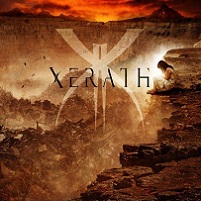