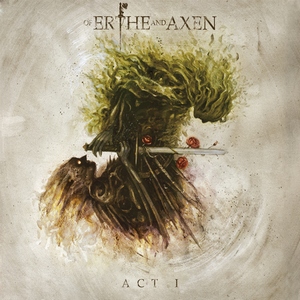 While it’s been five years since the self-proclaimed ‘cinematic black metal’ act Xanthochroid released the well-received Blessed He with Boils, they sure do know how to stage a commanding return. Continuing the same lore that has bound all of their works together, Of Erthe and Axen acts as the prequel to the rest of the band’s back-catalog. As Act I, this portion only sets the stage for what promises to be a dramatic conclusion with Act II (to be heard in October), but stands alone well enough as an individual piece.

The lyrical qualities of Xanthochroid has always been exceptional, with their self-designed fantasy world setting the stage for some bright and vivid storytelling. Those who long for a good tale should find the band strong enough to warrant examination on that factor alone (be sure to check out their other releases as well). But this is metal after all, and the storytelling is nothing if it doesn’t conjure the imagination with the music as well. That’s where Xanthochroid shine equally bright, thankfully. While one can look to bands like Emperor, Opeth, Dimmu, Wintersun, and beyond as influences, what they craft is far more original in design. Black, death, folk, symphonic – the labels matter not, as Xanthochroid brings to life a cinematic experience that transcends genre.

As a good story goes, it can’t just be blasting and chaotic metal from start to finish. In fact, the first two songs contain absolutely none. An orchestral arrangement leads into a folky, acoustic duet that showcases just how strong and compelling the band can be without much musical aid. But said aid comes forth with “To Higher Climes Where Few Might Stand,” where some scorching melodic black metal fury melds with orchestral bombast and the sorrowful folk tidings. The power and emotion that they can design into a song like this one makes one wonder how they aren’t sitting at the top echelon of metal already. The next two tracks don’t rely on metal formatting, instead serving some backstory and character building amid some dreamy soundscapes and soaring vocals, both male and female. “The Sound of Hunger Rises” moves back into more electric guitar ridden areas than its preceding track, but you’ll have to wait until the explosive opening to the finale, “The Sound Which Has No Name” to get your full, visceral dose of carnage. The band kicks things up in such a way that it’s sure to induce goosebumps at its onset. Yet even here, there’s ebb and flow, allowing for the feeling of tragedy to permeate through the maelstrom. It certainly whets the anticipation for the album’s second half.

With Of Erthe and Axen Act I, Xanthochroid prove that they’ve done nothing but increase their viability as some of metal’s greatest storytellers. With their focus on compelling and sophisticated lyrics, beautiful orchestral arrangements and dreamy acoustic segments, and the ability to summon intense metallic might when it’s called for, they’ve crafted something that isn’t meant to be simply listened to, but fully experienced and treasured. 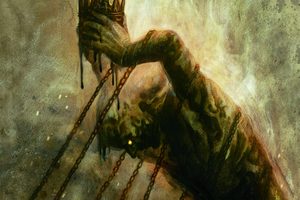 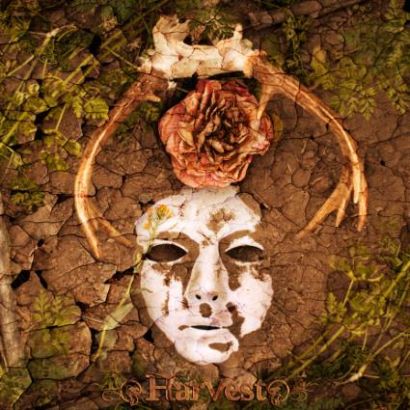