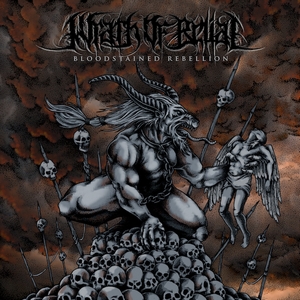 Melodic death metal at the more extreme end isn’t as common as it used to be. Many go the modern route, and many take the nostalgic route back towards Gothenburg. But some bands stay the more brutal course, which leads us to the band in question. Denmark’s Wrath of Belial keep things melodic, but provide a more thrashy environment at times, as well as swing in a more brutal direction.

There are more than a few nods in the direction of The Black Dahlia Murder. While no one is going to accuse them of being clones, there’s heavier dynamics at play are a clear reminder sometimes (along with a little Mors Principium Est for good measure). Some tracks like “Six Feet Under Pandora” have a sinister feel within the guitar tone that gives the band a bit of an edge when they move at a slower pace. Expect a great deal of tempo changes throughout, though the band seems to be at their best when they can stick at the mid-tempo range. This zone allows for a greater focus on the melodies that build up the track (“Set Sail for the End of the World”). There’s nothing pretty or upbeat about the melodies you’ll find here, but they are sure to get your body moving. If there’s one thing to fault here, it’s the overall structuring of the songs. While the varied tempos are great, much of it starts to feel formulaic the longer the album progresses (not to mention the familiar nods to the aforementioned bands).

Wrath of Belial play into pretty familiar territory on Bloodstained Rebellion. While it does take a slight hit in that regard, it’s quite well done, and it’s always worth noting when a more brutal approach to melodic death metal rears its head. One can hope that they’ll shed some of their influences for the next act, and we’ll be looking at something even stronger.