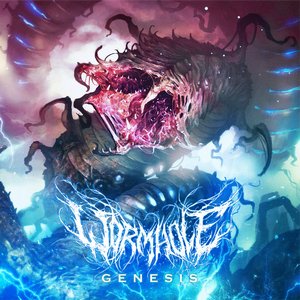 It’s often noted that slamming death metal has its limitations, so what happens when a band realizes this and decides to add elements of tech death, progressive, and some good ole shredding to boot? Well, you probably end up with something like Wormhole’s Genesis, whose debut album may be chock full of slam, but it’s balanced by a number of intricate elements that will draw you back for more.

Genesis immediately grabs you by the throat with “Nurtured in a Poisoned Womb,” with groove-intensive and thick death metal riffing that is immediate and satisfying. Dual vocals by Duncan Bently (Vulvodynia) and Calum Forrest (Engorging the Autopsy) provide a brutal and occasionally gurgling take that increases brutality, and the second track, “Battle Logic Disrupted,” shows you that Wormhole aren’t content to stick with the confines of slam. While there’s some massively stomp-friendly moments, the band introduces more melodic leads and some progressive elements as the song continues along. The frantic speed of “Symbiotic Corpse Possession” incorporates more technical elements into the riffing structure, which balances a fine line between strong grooves and staggering guitar fireworks. The remainder of the tracks utilize much of the same mentality, but it makes them no less enjoyable – particularly with the slam-friendly runtime and the fact that each song has no shortage of memorable riffs and grooves (“Genesis Chamber” is certain to give many a sore neck).

With a strong focus on memorable and devastating riffs from beginning to end, Wormhole come out winners with Genesis. The slam elements ensure a destructive listen, but being able to one-up most of the crowd with impressive technical insertions and an ear for brutal yet effective melodies, it shouldn’t be too long before Wormhole find their way to even greater successes. A fine, end of the year nugget for the brutal audience. 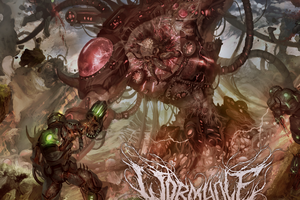