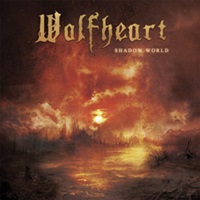 Shutting down all operations on bands/projects you’ve built for the last decade plus takes nerves of steel, but that’s what vocalist/guitarist Tuomas Saukkonen did in 2013 when Before the Dawn, Black Sun Aeon, The Final Harvest, and RoutaSielu all were laid to rest. Taking a fresh course of action through one entity, Wolfheart began as a solo project through the debut Winterborn release. By 2014 becoming a full band, signing to Spinefarm Records seemed the next logical step in gaining a better foothold worldwide – bringing us to the second full-length Shadow World.

Always comfortable in the melodic death metal framework, it should be no surprise that these 8 songs continue in that platform – intertwining a number of guitar hooks, aggressive tempos, and the familiar growls and caustic screams from Tuomas, while also throwing down a few new tricks up the Wolfheart musical vernacular. Catchy chorus work and a supreme low-tuned death groove combine to make “Zero Gravity” an early favorite – beyond the sick, measured lead breaks from Mika Lammassaari. The layered acoustic guitars that open “Last of All Winters” volley back and forth against the crushing electric riffing, another future classic in the Scandinavian mold where the melancholic atmosphere sweeps the aural landscape.

Piano touches a few of these tracks as well, giving “Aeon of Cold” and “Nemesis” a little bit more of a classical nuance – the latter another brilliant example of jackhammer precision in the guitar/bass departments at times against Joonas Kauppinen’s blasting meets natural mid-tempo power hands and feet. Wolfheart know when to balance out the harmonies and lock onto a solid, strong riff/rhythm combination, as “Abyss” is a quicker 4:16 gem that signals a lot of nods to Whoracle period In Flames, Mr. Saukkonen using his gritty growls as another salvo to the militant cause. And if something more doom and gloom is your cup of tea, the epic “Veri” should embrace all the darkness and despair desired, a fitting closer that contains reflective space as well as crushing cultural themes.

Creating the compositions they desire through extensive knowledge and ability in the genre at hand, Shadow World will be another contender in the melodic death metal record of the year race. Proof that the best in the genre continue to push parameters and boundaries while not forsaking the hooks and harmonies that make eternal, legacy recordings – Wolfheart deserves accolades and full appreciation. 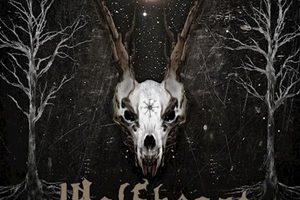