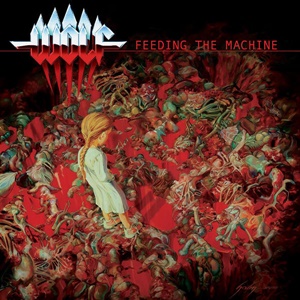 Hard to believe six years have passed since the last studio album from Swedish veterans Wolf, but that indeed is the case as we approach their eighth record Feeding the Machine. Aligning with a new rhythm section (welcome bassist Pontus Egberg and drummer Johan Koleberg) plus building their own recording studio took some time, beyond the fact that the mental purging of nightmares and emotional turmoil lyrically put out through the topics covered gets the public up to speed on how this much time can go by between albums. Nonetheless, the quartet make the most of closing the gap, unleashing a potent set of songs that bristle with electricity, catchy musical hooks, and solid choruses that will certainly thrust fists high and cause spontaneous air instrumentation or synchronized headbanging maneuvers.

Pontus as a bassist fluctuates between keeping those root notes in play while also pumping up some occasional Steve Harris-like gallops – “Shoot to Kill” and the playful “Black Widow” pertinent samples of his seasoned, low-end skillset. As guitarists Simon Johansson and Niklas Stålvind provide solid point/counterpoint axe work, exciting solo breaks, and prominent main rhythms that catch your attention instantly and dig a little deeper with specific nuances upon deeper, intense engagement. Check out the longer instrumental activities for “A Thief Inside” that reach emotive UFO, Angel Witch and King Diamond-like dynamics, propulsive and then laying back for edge of sensory perception including exotic tinges that are Indian-oriented during the concluding moments. When you want to just throw down the traditional, classic metal gauntlet – look no further than the driving riffs for “Spoon Bender” or the Judas Priest-esque “Guillotine”, and then when you need a bit more of that mid-tempo headbanging edge, “Midnight Hour” fills that need with another catchy as hell, simplified chorus.

Niklas as a singer knows how to vary his melodies and use all facets of his dynamic multi-octave range. Gritty and sinister but soaring to the falsetto heavens in selective spots, it’s his veteran presence and passion for the genre that allows the title track and “Dead Man’s Hand” to be two more standouts. And of course perceptive individuals will pick up some ‘ah… ah … AH’ background vocal similarities and guitar maneuvers during “The Raven” that possibly pay tribute to Iron Maiden circa “Heaven Can Wait”. Along with a crackling production that speaks to the band’s love of the 80’s while never squashing any of the tones into digital compression, the Thomas Holm artwork should also stimulate those senses in a haunting, metallic scope.

Following the band since their self-titled album in 1999, they’ve established themselves as a veteran, dependable unit to the second generation of metal fans who love Iron Maiden, Judas Priest, Saxon, and Accept among others. Feeding the Machine roars and should find itself in major favor with most metalheads. 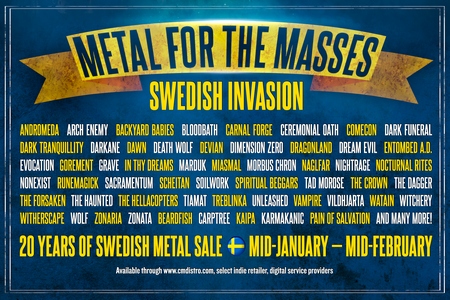 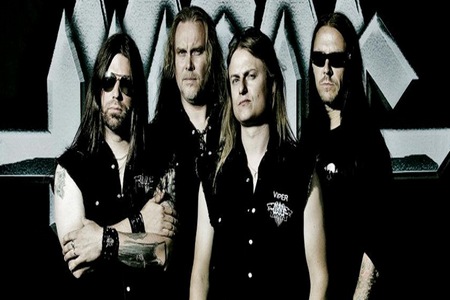 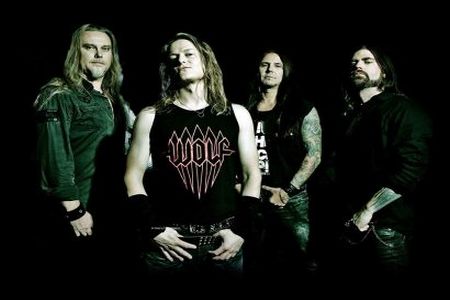 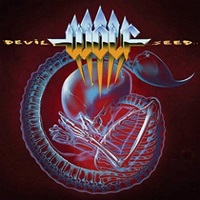 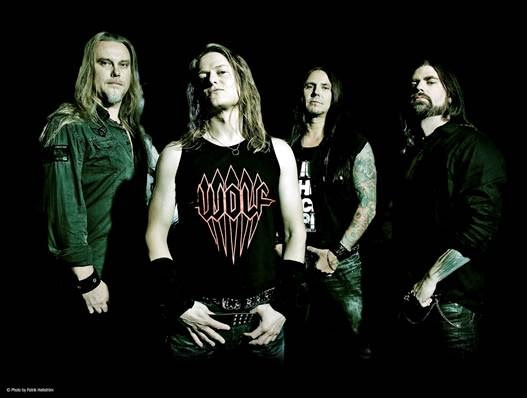