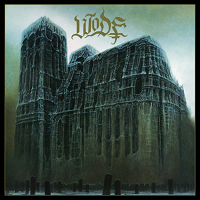 Lots ‘o excitement when the “new wave” of UK black metal hit about five (or so) years ago. These bands (see: Fen, Winterfylleth, Wodensthrone, et al) had zero interest in maintaining an image; rather, they were, and still are, about the music. And since the lay of the land in the mighty UK is different than Scandinavia, the feel and aura is totally different, immediately giving these bands an identity. However, the UK black metal scene has yet to have its major push-through moment, with the proverbial log-jam about to begin. Somewhere in between falls Wode.

Hailing from Manchester, the band only has a 2011 demo to their credit. Their self-titled debut, however, is certainly robust, a relatively worthwhile turn of the black metal turnstile. Then again, it fails prey to many of the same happenings that the above-mentioned trio have already parlayed. You’ll get the gliding, airy, melodic run action on “Spectral Sun,” or the seam-bursting/blast-attack on “Death’s Edifice,” while the common fray of “Plagues of Insomnia,” is merely a build-off from Winterfylleth’s recent work. So at no certain point does Wode have their breakout or separation moment across these seven songs. Rather, it feels they’ve hitched their wagons a hair too late to a train that has long left the station.

Our quibbles aside, Wode may very well fit nice and snug into the fabric of the UK black metal scene. Then again, it’s a fair to wonder what kind of mobility the band would have had they not waited five years in between releases. If this came out three years ago, we might be singing a different tune.