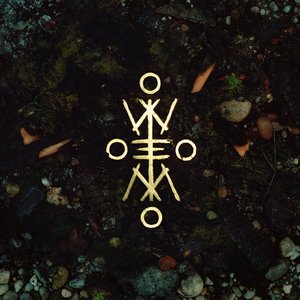 An apt call to arms if one exists across 2020. Quietly released in May, Tides of Fire is the sophomore outing from With The End of Mind, whose debut I was very taken with in the summer of 2018. Much like Awenden earlier this year, I similarly awaited this album, a separate towering entry in a new era within the Cascadian milieu. In large part thanks to the sizable gestation period it has enjoyed in my listening rotation, I can say with no hesitation that it is not only a worthwhile follow up to Unraveling; Arising, but is likely to stand as one of my favorite releases this year.

For the uninitiated, the most striking feature of Tides of Fire is likely to be its minimalist track list – a mere three entries! Unsurprisingly then that with a run time over 45 minutes these works run long, with two epic-sized works anchored by the largely spoken-word piece “May the Name of Truth be Fire” in the center. In truth, initially I found this track off-putting but with repeated listens it came to be a positive defining feature, among its regular invocations of fire it holds the mantra that opened up this review: MAY WE MAKE WAR ON FEAR! Though the piece seems to decry man’s submission into the embrace of technology and divorce from the natural world, it carries considerable reach beyond only that.

The opener “Set the Cavernous Soul Alight” and closer “Returning, Reclaiming” push further the template laid down by the band on their debut. A black metal base that leans heavily into the post and gaze aspects of possibility, tempered with atmosphere and tight compositions (no mean feat, considering their sizable runtimes). Making use of two drummers, the rhythm section is enormous sounding, the remainder of the group coming and going from the ether at will. Apart from the aforementioned centerpiece, however, there are no real surprises here, this is a refinement of where the band has gone before.

Some albums require considerable investment on the part of the listener before they give up their secrets and much like Sinmara last year, Tides of Fire hits a similar note. Easy journeys are rarely worth it, so I suppose it’s only fitting. 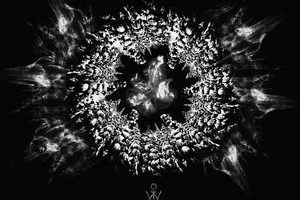