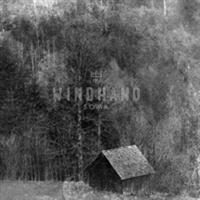 By most accounts, Windhand aren’t unique. They possess a guitar tone that is nearing absolute redundancy, which will one day send yours truly running to the hills in search of a 5150 to dry-hump. They’re sludgy. And doomy, therefore could be considered a sludgy doom band, the type that is appearing far too often, sure to cause eventual listener (and buyer) remorse. However, they are fronted by a mystical woman named Dorthia Cottrell and find it within their good hearts to use melody on Soma, their very strong sophomore album.

Cottrell is unfairly buried in the mix, so much so that she’s nearly androgynous. Her vocals – haunting, eerie, voluminous – have to do battle with a large wall of sound, which obviously, is the band’s guitars. In most cases, bands of this ilk usually just pack it in on the vocal front, allowing some generic and drab dude with a beard bellow about worthless topics, but Windhand has awesome thing going for themselves with Cottrell. It’s not until the acoustic “Evergreen” that she gets a moment of her own, but what a haunting moment it is – like a campfire presided by a ghost or something.

Big ups to “Woodbine,” a would-be doom sludge hit single if such a thing existed, a song that wisely employs Cottrell’s long reach with crisp melodies. The 13-minutes and counting “Cassrock” is far and away the most laborious number on Soma, yet the song’s careful pacing allows it to stay out of the mire, thus, one of the telling traits of an album that on paper, sure looked like a dud. Windhand are the pick of the litter in a pack filled with runts, that’s for sure.