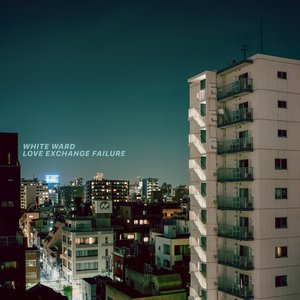 “A smooth and silky evening to you all. On nights like this when the cold winds blow and the air is awash in the swirling eddies of our dreams. Come with me and find safe-haven in a warm bathtub of my jazz.”

Not an unfair sentiment when attempting to relay the elements at play in Ukraine-based White Ward’s sound. Black metal winds swirl violently in warm washes of jazz playing out in the urban sprawl of overlapping streetlights and fog. Love Exchange Failure is no small listen but let’s go back a bit and provide some background.

My introduction to the band came during a very long drive from Rhode Island to South Carolina in the summer of 2017. Somewhere in the pales of North Carolina the band’s debut album Futility Report came up as a suggested listen and completely consumed the remainder of my drive (you can ask Mr. Gehlke to confirm that story). The post-black template infused with jazz hit all the right buttons and they hit even harder now.

With Love Exchange Failure the stakes are raised. The elements from the debut, in general, all remain and have been expanded in scope and impact. The jazz aspects have been fleshed out and make up a much more integral part of the listening experience. Fleshed out is similarly a great way to capture the album in comparison to the debut. Futility Report was a tightly-bound 40 minute experience in six songs- Love Exchange Failure is 67 minutes in seven. These are significantly large, more complex compositions that fluidly marry lengthy and warm jazz indulgences with bleak blackened forays.

And fluid they are- opener and eponymous early ‘single’ warms up through several minutes of brushed drums, piano, and saxophone lapping against the listener’s ears before giving over to savagery. Peaks build upon peaks and even harsh moments are met and managed by the occasional soaring sax accompaniment. Peek the absolutely lush bass and sax interplay in “Dead Heart Confession”, a silent scream that gives respite before actual screaming smothers. Female vocals emerge in “Surfaces & Delusions” and for a first, male vocals make regular appearances in the album’s second half.

Love Exchange Failure is an evolution. An evolution and a band making good on the excitement they harness with a surprise debut. It’s sprawling, dense, and incredibly rich. It’s tastefully avantgarde and if you allow it, will wash over and consume you. 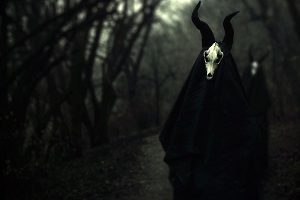