Weight of the Tide – All Told (Undergroove) 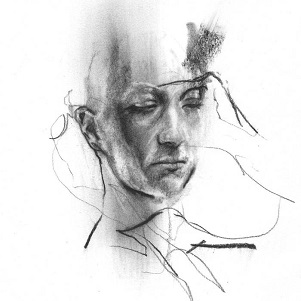 Featuring members of Earache outfit December (who haven’t been heard from since 2002’s The Lament Configuration, so perhaps they’re still not on the label), Weight of the Tide pulls off the rare groove metal-with-clean vocals trick, shuttling us back to the ’90s..and with good reason. The quick and easy reach here would be Machine Head, although Weight of the Tide has more of a post-metal lean, sparking those big, brush-stroked riffs with plenty of heft and persuasion. Given the current environment, the band’s five-song All Told foray certainly serves as outlier metal.

The reliance on Mark Moots’ vocals serves Weight of the Tide well considering Moots proves quite capable of sticking his neck out, his crisp, but ample singing rarely breaks stride as he sits atop semi-melodic riffs and elongated arrangements. And when in the thick of the opening title track or “Years Like Days,” it’s almost like you’re transported to some side universe where groove is king and actual singing still rules the day, which, of course, we know doesn’t really happen anymore. And while you’d hope for a few of these songs to break themselves up a little (like “The Architect”), Weight of the Tide are able to ride the wave of sheer heaviness and melody, striking a worthwhile contrast.

Considering their ability to oscillate between the aforementioned deep, throbbing heavy modes and melodic choices, Weight of the Tide have certainly clocked in with an album of distinction, albeit one that doesn’t quite flaunt their best assets. All Told, in its five songs and perpetual balance, will strike a good portion of the metal contingent as odd (what is this? Actual singing?), but there’s no substitute for being a separatist when so much sameness abounds.