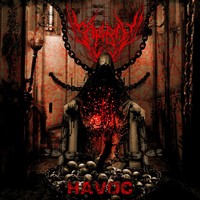 Things are not often what they appear is a theme that becomes apparent with a glimpse at Warbell’s initial full-length album, Havoc. The cover art is particularly dark and the logo seems brutal (neither of which are bad things of course), all leading one to think that this is going to go the same route musically-speaking. A female-fronted melodic death metal album may not be what you would expect, but it will quickly compel you to listen start to finish.

Taking elements from the ‘golden days’ (read early In Flames and Dark Tranquillity), Warbell merges a classical Gothenburg-esque approach with nods to bands such as Arch Enemy and The Duskfall as well. But that’s not to say the band is a direct copy. The style is well-worn at this point, but Warbell have made their own mark upon it. Fear not if you are expecting the usual blend of singing and growling as well. Vocalist Karolina “Gigi” Więcek sticks to effective rasps and roars, with only a few tracks moving into any “melodic singing” territory (such as “Fidelis”) and it’s all done quite tastefully and working as an enhancement rather than a rote mechanism. Instead, much of the tracks rely on rich and captivating melodies brought forth from the guitar team of Marcin Witeska and Piotr Hasioli. With most tracks sticking in the 3-4 minute range, they get to the point and let the melodies go front and center, balancing nicely with the more aggressive tones of the riffing. Somewhat upbeat yet aggressive numbers such as “Into Battle” and “The Chosen Ones” are sure to induce plenty of sore necks. The instrumentals are equally stunning, with “Nerevar Rising” bound to make The Jester Race-era In Flames fans smile with glee.

Released at the very end of 2015, Havoc is an album that probably flew under the radar for many, but is one of the stronger cases for those in need of a melodic death metal fix. Razor-sharp and addictive melodeath that leaves a lasting impression. 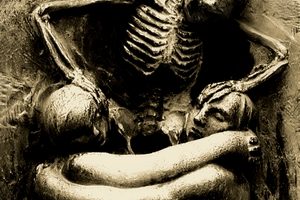