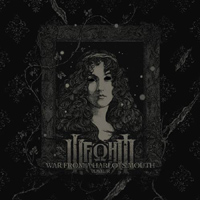 If you’ve gotten War From A Harlot’s Mouth mixed up with This or the Apocalypse, then you’re not the only one. Throw in Through the Eyes of the Dead, Fear Before the March of Flames, and From A Second Story Window, and really long (and really stupid) band name confusion reigns supreme. Yet that’s not the point here. Germany’s War From A Harlot’s Mouth have at least made considerable strides to get away from the gaggle of bands we mentioned above, and in doing so, have painted themselves as the Meshuggah alternative to unfocused metalcore. On Voyeur, the band sounds like its playing Jenga with itself, only to topple their good ideas at free will.

The obvious heft in which Voyeur has is the best thing it has going for itself, as the band does a good job of rallying with quick triplet runs, dissonant chord strokes, and fire-at-will double-bass patterns. Since there’s virtually no structure to any WFAHM song, one has to pick and choose the segments that resonate, which basically amounts to the out-of-nowhere clean chorus on “Scopophobia” (think Deftones) and the mashed guitars on “To the Villains,” where the band allows itself to lock into a groove.

However, the misadventures come in the form of songs that are too rangy for their own good, as in WFAHM puts too many ideas in the ‘ole idea bank, figuring that by staying in constant motion, the listener will too. Trying to stay stride-for-stride with the wide-open “Vertigo” and “Of Fear and Total Control” proves to be an arduous task, with the Germans running from one riff idea to the next, a lot of which bare no identifiable stamp, or worse, come to a head (see: “H(a)unted”) then fall by the wayside.

Staying alive the metalcore death race has been easier for some than others. Credit War From A Harlot’s Mouth for at least staking their own little nook and cranny, and with Voyeur, one can make a clear distinction between their muck, and everyone else’s muck. In the end, it’s all just mucking about, resulting in muck. 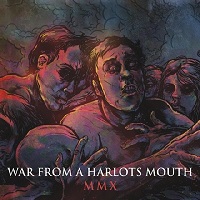