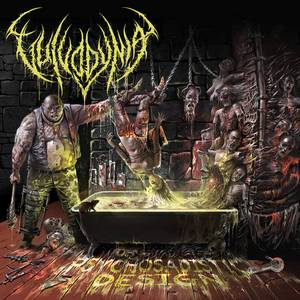 When one thinks of brutal death metal and all its variants, slam has to be the one with the weakest reputation (outside of deathcore). Some of it is deservedly so, but like with most stereotypes, there’s always some bands that are going to go outside of said design and push the genre forward. Think of bands like Katalepsy or Ingested – and after Psychosadistic Design, you can add Vulvodynia to that list.

From the onset, if you aren’t one with a taste for slamming death metal, Vulvodynia isn’t going to change your opinion on the matter. It takes all of the genre’s tenets and wears them firmly on their sleeves: extreme vocals that gravitate towards absurdity and riffs that rapidly swing between blasting and slamming breakdowns. But it’s the way that Vulvodynia handles these elements that keep them from falling apart. The vocals shy away from the point of ultra-low silliness (more than a few bands come to mind here) and keep things refreshingly varied between barks, growls, gurgles, screams, and everything in between. It’s significantly more diverse and deadly than many of their peers. The riffing too – there are plenty of slamming riffs to appease those hardcore fans, but they do actually provide some structure in between to keep it interesting. It’s not one of those cases where the band is just lining up slams and putting filler to speed things up. There’s nothing grand a technical level (nor does there need to be) but you’ll find yourself enjoying more than just the heavy slams of “Flesh Tailor” and “Lord of Plagues.”

Brutal, slamming death metal with all of the fixings, but none of the rotten aftertaste, sums up Psychosadistic Design. Nothing revolutionary but an altogether fun album that brings the slam in ways that are sure to leave you wanting another listen. 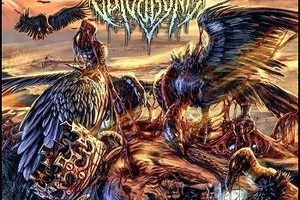