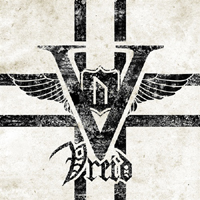 About as significant as anything coming out of Norway this year, V is the album that at long last, establishes Vreid as a real mover and shaker on the Scandinavian BM front. Their early works including 2004’s Pitch Black Brigade and more specifically, 2009’s excellent Milorg casually wove in thrash aesthetics within the coils of traditional black metal, but on V, the band has totally blown out the doors. This album is going to evaporate a lot of things in its path.

By employing a distinct thrash edge, Vreid is able to make their black metal more cold and catchy. There’s no real trick to it – the Nords have simply taken thrash riffs and placed them in a black metal context, gracefully layering in melodies when needed (see: “The Fire On the Mountain”). When they want to remain steadfast to their BM roots, they do, as heard on “The Other and the Look,” as well as “Welcome to the Asylum,” but for the most part, this is some of the best thrash to come out of Norway in years.

Let us not overlook album opener “Arche,” which essentially starts the barrage (the first two minutes of this song provide some of the best ‘banging moments heard all year), while “The Blood Eagle” is where the melodic ideas start to flow. Additional gems include the atmospheric “Slave” (love the clean vocals) and album closer “Then We Die,” which gracefully concludes this nine-song platter.

Incredibly well-rounded, memorable, and authentic, V is an absolute charmer, an album that has a limitless supply of confidence. Vreid are sticking their heads out into a place where few of their contemporaries are willing to go, thus producing a body of work that will no doubt end up as one of 2011’s real must-haves. Does anything more need to be said? 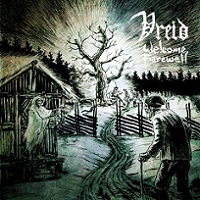