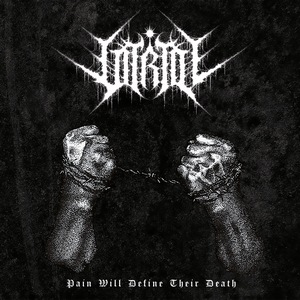 The great thing about the EP in death metal is that it means there’s no reason to slow down. No need to dilute the visceral carnage and mayhem. This is precisely why Vitriol come off as such a rapid beast on Pain Will Define Their Death. They ooze intensity and leave a whirlwind of destruction in their wake.

There’s no subtlety going on anywhere in the EP. Opening up with an explosion of twisted riffs, the energy doesn’t take a dip anywhere. But where that might be disadvantageous for some bands, Vitriol completely make use of it. Reminiscent of other pedal to the metal bands that infuse a slightly blackened feel to their death metal (a la Myrkskog or even Anaal Nathrakh), there’s a jagged sense to the rifffing that keeps it interesting despite the almost incessant barrage of speed. Sure, there are few times where the tempo dips down, but the venom is never drained from their sound. Equally important here is the drumming, which admittedly does blast and blast often, there’s enough variation involved that it doesn’t just feel like a constant battering ram. Lastly, the vocals also provide a terrifying presence and fire off lows and highs with the best of them, again keeping the listener on their toes.

Quite frankly some of the most destructive and caustic death metal releases of 2018, Vitriol really paint quite an impression on their first EP. Everlasting Spew has managed to find yet another winner within their grasp in the extreme section, and it seems many will be awaiting what the band does next. 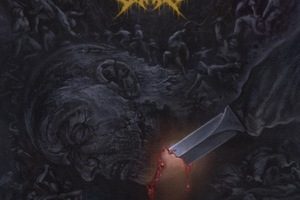