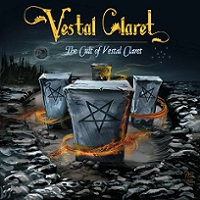 Dastardly duo Simon Tuozzoli (bass, guitars) and Phil Swanson (vocals, also of the heavy/doom outfits Seamount and Hour of 13) comprise Vestal Claret, and with the efforts of Michael Petrucci on the skins, offer their second album in The Cult of Vestal Claret.

Well-worn territory for the seasoned metalhead, riff-based, groovin’ Black Sabbath worship is the main course here, with the drummer and bassist putting on a virtual 70’s metal clinic, and Swanson’s vocals can justifiably compare to the Oz man himself.  Indeed vintage heavy metal is the flavor, and by the second track “Three And Three Are Six,”  the Sabbath comparison is in full swing – from riff to vocals, groove to mood – it’s there in spades across The Cult of Vestal Claret.  Surely there are other notable acts one could draw comparison to, perhaps Manilla Road and a sprinkling of Thin Lizzy, but Sabbath-esque songs of blood sacrifice and demonic orgies are where it’s at for Vestal Claret.  And as if to ratchet up that sentiment, the dudes throw in a cover of “Who Are You?” (no, not the Who song…who else?).

The name Vestal Claret being a euphemism for virgin blood, these blokes take interest in the sexually profane and the clandestine ceremonial ritual.  Sex abounds on The Cult of Vestal Claret (now we just need the drugs to complete the holy trinity) and album standout “Piece of Meat” is a prime example, with specific details on his sadistic intentions amid a pretty killer riff – one of the more fist-pumping grooves herein.

The stripped down, almost tribal-ritual vibe of “The Demon and the Deceiver” brings a nice piece of texture to the record’s middle, leaning on acoustic guitar, percussion, churning bass tones and Swanson’s ominous warning of an insidious foe.  If you’re reminded of “Planet Caravan” at all, so was I.   Album epic “Black Priest”, a sixteen-minute journey, really brings the 70’s vibe with stoney moods and long-form jamming.

The Cult of Vestal Claret is ultimately a veteran display of the heavy metal essentials, the first time around.  Fans of (new) metal from an older era will likely dig this one. 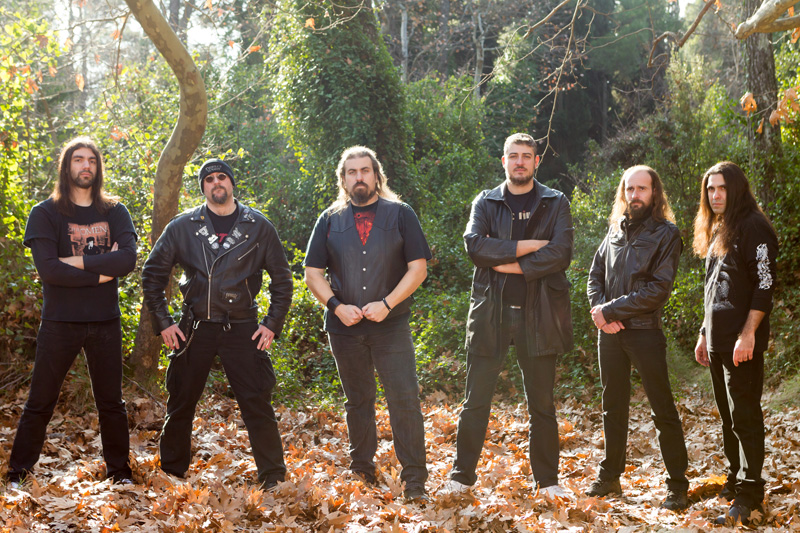