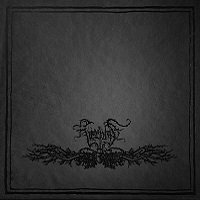 Having trudged across Europe with the likes of Agalloch, Helrunar, and Kampfar, Colorado’s Velnias seem to be one of those hand-picked bands headline acts enjoy taking out. They’re just cult enough for a dozen or so folks in the audience to know who they are, while the rest will be split by the band’s unique forays into wooded atmospheric black/doom. In fact, DR isn’t even sure what kind of band Velnias is after doing time with their sophomore RuneEater full-length. However, nothing like a little polarization to keep the brain a-pumping, eh?

Purveying the now standard short-running order/long song format, Velnias aren’t without a barrage of folkified ideas, some of which are reminiscent of when Enslaved were in their late 90’s/early 00’s transitory period, still hanging on to some Viking ideals, while toying with progressive elements that hung around with folk metal. Thus, the stray, but enjoyable melodies and ballooned song structures give Velnias enough operating room to overwhelm and to some degree, challenge. So, it’s in the soft peddling of “Reclamation of Valour” (a song that also contains the album’s most ferocious black metal moment) and the Scandinavian/post-metal hussle of “Reverend Flames of Antiquity” that Velnias makes the most sense.

It’s next to impossible to cherry-pick any one or two savory moments from RuneEater; the album is by and large, intended to be consumed as a whole, with mountains as your backdrop, and some “substances” on hand to enhance the journey. A Rocky Mountain high, essentially.