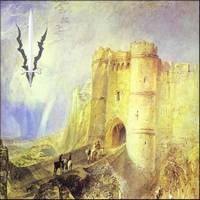 Originally self-released in February of 2014, Assiégé has been formally released by Aeternitas Tenebrarum in October of 2015. If the label is trying to bank on keeping band information shrouded in secrecy, then they’re doing an admirable job. As it is, we know that Véhémence plays “French Medieval Nostalgic Black metal as only Hirilorn’s milestone Legends of Evil and Eternal Death was able to deliver”. Other than this, little seems to be available about the band. While Assiégé appears to be the first album for the band, in no time flat it’s clear that these players have some chops indeed. Word to the wise: forgive the first sixteen seconds of the album. I’m glad that I did, but at first listen I definitely uttered “oh no” upon hearing the start of the vocals. They’re so bad they’re actually pretty funny (which I kind of don’t think was the intention) BUT, they get much better in quick time, and aren’t a hindrance to the album as a whole.

For those with an appetite for black metal of the Epic variety, Assiégé pays dividends with visions of battle, glory and death as heard in track three’s “Le Sang Respire Encore” (and indeed across the record). Speaking of the medieval/fanciful angle, Véhémence lays down decisively straight-ahead melodic black metal rather than anything in the Summoning realm. The strength of the material lies in the cavalcade of potent guitar riffs all over the album. This thing is packed with ’em. The fast-paced songs teem with melodic guitar lines over every part, with drums blasting away, the urgency and intensity levels are quite high. The classical guitar section on “En Quête du Graâl” really adds to the ye olde theme the band has going on here. With some rare clean backing vocals and recorder following, this song shines as a highlight of the album (link below). The real neoclassical/renaissance vibe is driven home by the instrumental track “Par sombres forêts et vastes plaines” as well as closing song “Chant d’honneur”. Actually, the back half of the record really turn the epic up, big time.

In all, a good mix of ferocious, riff-dominant raw black metal meeting lots of melody and softer classical-inspired sections make Assiégé an enjoyable listen, and ultimately and album to recommend. 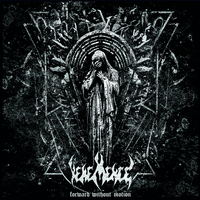