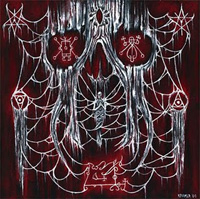 Straight from the classic school of death metal comes the two man project of Vasaeleth. Borrowing heavily from death metal circa early 90’s (lots of doomy Incantation happenings here), Vasaeleth (which are drummer Antinom and vocalist/bassist/guitarist O.A.) take the murky, evil sound of that era and try to bring it into the new decade, but evidently, you can’t always accurately recreate the past.

The guttural moan of O.A. is perhaps the most striking element to Vasaeleth, as neither their riffs or arrangements are anything to write home about. Without any real song distinction (a bunch of these riffs are interchangeable), Crypt Born and Tethered to Ruin) rumbles into one ball of sound, although the doom-laden stomp at the halfway mark “Curse Seeping Through Flesh” ranks as a standout moment as is the mid-tempo onslaught of “Poisoned Tongue.”

Beyond that, Vasaeleth doesn’t have the wares to prompt one to put down to those early Suffocation or Cannibal Corpse albums. Really, not a lot of new death metal makes one do such a thing and Crypt Born and Tethered to Ruinfalls into that category. 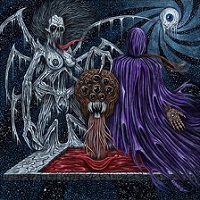