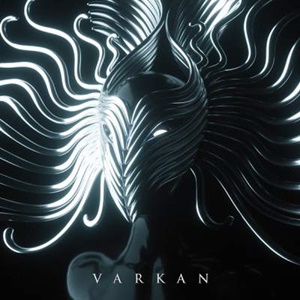 Hailing from Phoenix, Arizona and in existence since 2014, Varkan is a four-piece act in the power metal vein, releasing two previous demos Back to the Butcher and Filthy Human Race in 2015/2016 respectively. This self-titled effort is the band’s debut full-length, wisely choosing to farm out the mastering process to Studio Fredman owner Fredrik Nordström – delivering ten tracks of traditional-minded riffing, precision and nuances that come from a variety of sub-genres in the thrash and power molds, while also giving a strong tip of their cap to older ’70s/’80s heroes for reference points.

The guitar interplay and solid rhythm section mechanics delve deep into the ’80s catalog of artists – when Maiden and Priest ruled the charts and sold out arenas and a host of other bands came in behind them like Grim Reaper, Iced Earth and the early thrash scene. There’s a certain electric charge behind many of the main riffs and twin hooks for “Rats from a Sinking Ship” and “The Wound Never Heals” that take from both the European sophistication and American relentless aspects to heavy metal that keeps these songs top of mind. Versatility matters on a full-length of course, and Varkan know how to inject the proper cultural/marching tools to bring up the epic factor from time to time – “Nocturnal Pollutions” an obvious choice even with the thrash to semi-blast tempo nuances thrown in. “Heaven and Hell” pacing and atmosphere penetrate the six-minute long “Born on Samhain,” where guitarist Alec Damiano gets the chance to flex a bit of her lower range vocal delivery confidently while the keyboard passages gain more of that haunting vibe.

On the surface, Varkan have a decent grasp of the traditional, power, and thrash styles they float between – there’s a couple of areas that need to improve down the line if they wish to gain more of a foothold in the international landscape. Being a self-released (and probably self-financed) outing, there’s a bit of a cloudy distance aural aspect to the guitar tones that need to be thicker and stronger for future recordings. Alec as well, in her higher reaches vocal-wise probably needs to seek out some coaching to strengthen certain pitches, as there are times where she comes off a little whiny in that Dave Mustaine mold (“Shadow Self” the easiest example). Potential is present, let’s see where things develop for this quartet down the line.