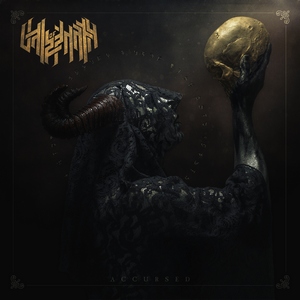 Vale of Pnath have always walked a line that pulled together melodic death, tech, and black metal together in a full-speed ahead way. With their two previous full-lengths, they’ve rightfully acquired quite a name for themselves within the extreme scene, and new EP Accursed should do nothing but continue to solidify it.

There’s a bit of a stylistic change for the band, though not one that is going to cause anyone to get up in arms with the act. But there’s noticeably more black metal injected into the band’s sound. Tremolo riffing and blackened atmospheres (even with a few symphonic enhancements) do nothing but boost things for the act, giving them even more of an identity from the tech-infused melodic death metal bands of the day. Songs like “The Darkest Gate” and “Spectre of Bone” set the bar for these feelings in the album. An ample helping of the darkened atmosphere gives the songs a gloomier vibe, even if they can still kick up to blast-beat and spiraling riff mania at points. Elsewhere, a cut like “Obsidian Realm” is a solid reminder of the band’s past, with jagged melodies and grooves seeping in through the blackened exterior. The brutality runs deep, and the adrenaline-inducing speed runs further promote it – all with a production that really shines. The symphonic pieces never dominate too far, giving ample room for the riffs, basswork, snarling vocals, and intriguing drumming (it’s much more than a simply blastbeat-riddled affair) to each maintain their own space.

It’s a short but sweet run with Accursed. It’s a quicker turn around than that of II, and the further dabbling into the black metal side of things makes it a more enjoyable one. But one can help but yearn for a few extra tracks, given the strength of the 5 here. 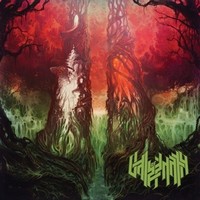