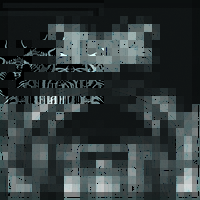 After being At War With back in the tail end of 2013, Valdur has returned to the blackened death realms with Pathetic Scum. As the name suggests, this is some rightly filthy and pissed off stuff (as was their previous release). But what more would you expect from a band that has two skeletons of dragons embedded into their logo?

If anything can be said about Pathetic Scum to its predecessor, it might be more grimy and filthy. There’s an almost cavernous approach that the band takes a moments (see “Morbid Emanations” or “Impending Doom”) that brings their sound into even murkier waters. But the black metal side of the band remains thoroughly intact, as the crazed riffing and blast beats imply (see the title track). Mixing both the black and death metal in seemingly equal measure (even with blackened cackles and deathly roars) gives the band a volatile cocktail. The depth and depravity of death metal, and the bleakness of black metal. But the most terrifying point of the album has to be the strange synthesized bloop that sneaks its way into an otherwise brutal and remorseless track called “Incantre Pt 2” (yes, the second piece to “Incantre” from At War With). It is one of the weirder moments for sure.

Valdur are once more successful at merging the landscapes of black and death to create something that is more or less as terrifying as it should be. It doesn’t beat too far off the past that many have taken, but it’s a memorable disc that keeping the anger flowing from beginning to end whilst retaining some sense of melody. 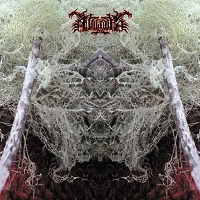