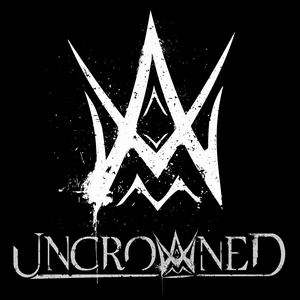 Encompassing a wide swath of modern influences, UnCrowned are a new act from the UK that seem to revel in grooves and heaviness. But given the ‘modern’ tag, there’s also a more melodic side to the band that can enter as well. For a debut, UnCrowned have a solid foundation on which to move forward, but some minor adjustments could aid in their development.

Covering ground with everything from metalcore to groove metal to melodic death metal (and more genuine death), there’s quite a wide palette for UnCrowned to work off of. The first few tracks are explosive and full of energy. “Devil’s Thirst” and “Berserk” dig deep with galloping riffs, big melodies (within an extreme framework), and catchy groove – topped with some ferocious vocals that push the death metal envelope (think about the intensity of a band like Gorefest). The mixture of modern grooves, melodeath melodies, and straight-forward aggression culminates on “Stand Your Ground,” with pit-ready energy and playfulness. But then something odd happens. The appropriately titled “Chrystalis” hints at more melodic engagement, including some odd-fitting clean vocals in the chorus. It still works in the long-run due to the feverish intensity but the vocals leave a bit of a sour taste. It’s followed up by “For Hurry,” a nearly 5-minute instrumental that goes on far longer than it should and sucks much of the generated momentum out the doors. More clean vocals are used on the later tracks, as are some more melodic elements, but are saved by the more streamrolling heavier moments. “Prudence” stands out because of some better fitting, and almost gothic vocal moments in a quieter section, showcasing what might be a stronger direction to move the melodies in with future development.

There’s some real immediate and gripping riffs, grooves, and intense vocals to enjoy with UnCrowned. It’s unfortunate that the clean vocals don’t quite hit the mark but thankfully it’s not a major setback. Hopefully with more experience, they will be better fitting or the band will further adapt (a la “Prudence”) with their melodies for round two.