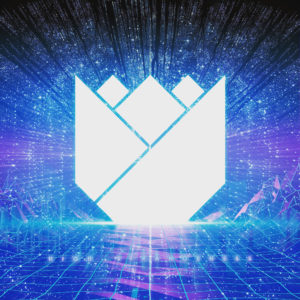 First appearing on the DR radar with their self-titled EP, Tulip initially grabbed attention due to their ability to create something that sounded modern in tone within the symphonic metal genre. There was none of the over-the-top bombast but rather a more driving sound that felt enabled by the synths rather than propelled by them. High Strangeness, as the band’s first full-length, follows these same lines while augmenting the synthwork while keeping the rest of the band in the forefront.

Much akin to the fantastic and bright cover art, some of the synths on High Strangeness have an almost synthwave vibe to them. Quite frankly, it works quite well with the heavy, modern guitar riffing that the band first utilized on the EP. The riffing is still the driving force for the act, along with the vocals of Ashleigh Semkiw. What’s great is the synths provide some layering, depth, and atmosphere for the band, like on “Deepstate,” where some quieter moments push up this sort of feeling, and towards the tail-end of the track create a solid unison of the punchy riffs and engaging atmosphere. “Midnight in the Desert” features some steamrolling riffs that switch off with dreamy vibes to provide something that feels poppy yet rather heavy in a futuristic way (in contrast to feeling ‘symphonic’). All of these things give Tulip a more fresh and unique vibe to them, particularly in the synergy of the electronic and metallic elements. Check out “Missing Time” or “Entity” if you want to some shining examples of the mix – which can gravitate to more ethereal or groovy, based on the moment. Lastly, vocalist Semkiw also deserves some credit, with vocals that emote power and emotion without flexing too far into the operatic/classical range – quite in keeping with the act’s more modern and progressive tones.

It’s tough to lock Tulip into the symphonic label, though it will easily appeal to fans of said genre. The vibe is consistently heavier and more futuristic in tone, while still giving that melodic touch that keeps it moving. High Strangeness is a thoroughly enjoyable example of modern metal done with a fresh twist.