Tragedy of Mine – Tenebris (Out of Line Music) 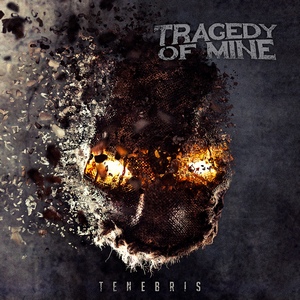 With so many bands reaching back to the ‘good old days,’ particularly in death metal, there’s also a portion that like to reach back to the glory days of metalcore. Tragedy of Mine has a clear admiration for the booming time for the genre at the early parts of the 2000s. Tenebris is almost entirely a trip back through said time, for better or worse (depending on your tolerance).

Everything that you can think of when it comes to metalcore’s rising years – the borrowing of the melodic death metal/Gothenburg riffing, clean/harsh vocal pairings (in their glorious predictability of soaring choruses), and groovy/aggressive segments are here and accounted for. Thankfully, one thing that doesn’t make much of an appearance is that of breakdowns, instead focusing on some solid soloing to give them a more melodeath slant. But just listening to a riff on the first few tracks, “Warriors’ Curse” or “Inferno” is enough to bring one back a good 15 years. It’s heavy, but shifts over entirely to the clean vocal chorus. Thankfully Steven Friend has the pipes to back them up – usually bringing it too far into the mainstream quadrant, and he’s even given some help from everyone’s favorite guest vocalist, Soilwork’s Bjorn Strid, on “Built to Resist.” The only track that gets a bit hokey is that of “Redemption,” which is solely clean vocal based and a bit less heavy than the tracks that surround it. It feels like the equivalent of a rock radio single. But one slight misstep isn’t enough to keep them down, even if the material sounds familiar, it hits all the right marks with energy and ferocity (when required).

As the band’s first full-length, Tenebris wears Tragedy of Mine’s influences all over its sleeves. They perform it all with precision, and those that still have an affinity for the style of metalcore that swings farther towards melodic death metal than ‘core should find this to be an enjoyable effort. Let’s see if they can break further beyond the boundaries next time.