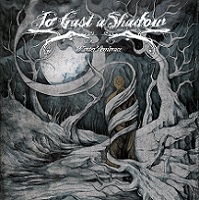 The run-around in Goth metal bands is with always the singer. It’s never anyone else within the ranks. Like, for once, can their be a career-altering drummer switch? It’s a common refrain in our lovely little scene; up-and-coming Goth metal band ditches buxom beauty for another buxom beauty. It’s more of a time-honored tradition than anything. But look like to Norway for a reversal of the scenario. Promising Goth outfit To Cast a Shadow replaced female singer Gunnhild Huser with male vocalist Nils Stenmyren, thus properly altering the course of their career and subsequent new output, Winter’s Embrace.

The band’s 2011 In Memory Of was a hearty tug on swoon-infested heartstrings. It was, as you would expect, dramatic and suitably symphonic, traits that have been diminished on Winter’s Embrace. With Stenmyren out front, To Cast A Shadow has taken the shape of another like-minded band, Sinamore. Like Sinamore, the use of ear-friendly male vocals (read: no grunts) keep matters in Sentenced territory, although no one can quite hold a candle to them. And like Sinamore (again), there’s an ample amount of easy, simplistic melodic guitar lines weaving their way around the album, as so found on “Into Oblivion” and the slow-burned “Devil’s Hand,” a song that emerges as the album’s best cut.

Stenmyren proves himself as a capable commodity, though, and while the removal of Huser makes To Cast a Shadow less like their contemporaries, it places them in no-man’s land territory. Winter’s Embrace doesn’t have the gusto or persuasion to that of its predecessor, which prompts the usual round of second-guessing: Was it necessary to make the change in the vocalist spot?