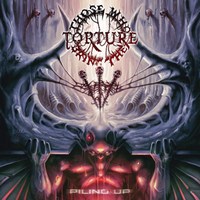 The fourth album from Swedish death metal band Those Who Bring the Torture should find itself giving no one any questions about its material. The mere mention of Rogga Johansson should give you a pretty good impression about the band. Also featuring his fellow collaborator Dennis Blomberg (Down Among the Dead Men, Paganizer), it’s pretty clear where this one is meant to make a mark on the map.

Pretty accurately described with the promotional tag of appealing to Hypocrisy, Grave, and Malevolent Creation, Piling Up sticks to much of the traditional death metal sound of Sweden, without sounding too Swedish. The tracks fall well into the death metal spectrum, but it’s really the melodies that give each song their own characteristics. There are plenty of strong melodies like those in “A Dead Cold Space,” “Incomprehensible,” and “Under Twin Suns” that will pull you back towards a time when Gothenburg wasn’t so watered down. There’s also some ample groove and dark riffs to chew on with “Lifesucker” and “Piling Up” that are bound to get you out of your chair and moving about enthusiastically. Obviously, Rogga’s roars and screams are just as menacing as ever, delivered with plenty of power. The production really emphasizes these strong points for the band, avoiding the Entombed/Dismember buzzsaw and trading it in for a more ominous and darker approach while sounding suitably clear yet ‘old school.’

With Rogga’s discography really beginning to pile up, so to speak, it’s crazy to see the man’s near constant output. Sure, there is an occasional misfire along the way, but a seeming well of Swedish death metal runs through the man’s soul, and Piling Up is sure to scratch the itch for some old school sounding death metal with plenty of underling melodies. Familiar, but no less effective because of it.

Those Who Bring The Torture on Bandcamp 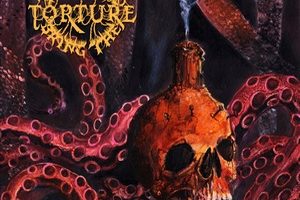 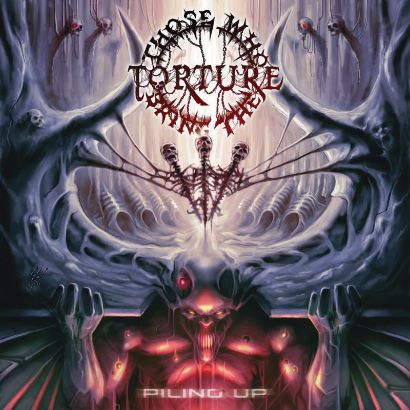