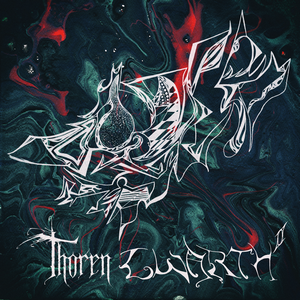 Originally split apart from being one release (to aid in the digestion process), Gwarth II is the second half of 2018’s equally mind-bloggingly dissonant and technical release. Instrumental music that should appeal to fans of acts such as Blotted Science, it’s a dense listen that caters to a bit of a niche – but if you are part of that niche, you will inevitably be blown away by it.

Gwarth II, like its predecessor, is a harsh listen on the first try. It’s chaotic, dissonant, and frantically moving in many directions. It’s nothing short of disorienting, particularly for those looking for a sense of structure or melody. But those seeking insanity will feel undeniably at home, and upon a further investigation there’s more to Thoren than simply chaos. The drumming (split between Alex Cohen and Kenny Grohowski) is often a highlight, which frequently splinters away from the norm – there’s blastbeats to be had, but there’s even more subtle stuff and different approaches to keep the manic vibe without it becoming dull. The same could be said for the guitarwork, which can provide hair-raising dissonance (“Raun Reug”) and creepy riffs and melodies that are as progressive as they are otherworldly in tone. Without vocals, they are free to dive into any direction they choose, and don’t have to circle back for the sake of verse-chorus-verse familiarity, which gives it a ‘you don’t know what is going to happen next’ vibe without coming off as too pretentious. Explosive chaos pairs with unsettling dissonance and darkness throughout, and it’s brutal but not without purpose.

At 26-minutes, it never becomes too much due to the density of the material. In fact, it’s just the right amount of time to leave a lasting impression without overdoing it. It may take more than a few listens to really grasp what’s at hand with Gwarth II, but it’s an investment worth making if you enjoy outside the box listens within the extreme landscape that you can really dive deep into with each spin. 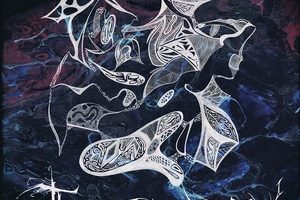