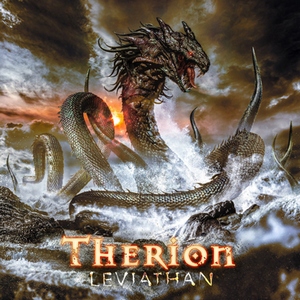 Love ’em or loathe ’em, Swedish symphonic/operatic metal band Therion has always done things outside of the box. The band has successfully carved out its own niche within the metal world since its 1988 formation. Initially beginning as a straight-up death metal band, it gradually introduced symphonic, gothic and operatic elements to its sound most notably on fourth full-length album Lepaca Kliffoth. However, Therion fully blossomed into what the band is synonymously known for today on its 1996 breakthrough album Theli.

Led by founder/mastermind/guitarist Christofer Johnsson, Therion has endured many lineup changes and several musical shifts throughout its 33-year existence. On its 17th full-length record, Leviathan, the quintet — also featuring guitarist Christian Vidal, bassist Nalle Phalsson, vocalists Lori Lewis and Thomas Vikström (ex-Candlemass), and drummer Sami Karppinen — has crafted 11 interesting compositions. Although all the Therion trademarks are present on Leviathan, the album is actually more accessible and engaging than its last album, 2018’s overblown Beloved Antichrist. Leviathan opens with the catchy and urgent riffing of “The Leaf Of The Oak Of Far.” Featuring trade-off female / male vocals and a massive choir presence — which hearkens back to the band’s Theli era — it proves to be the perfect opening track to get the ball rolling. Follow-up track “Tuonela,” featuring Nightwish’s bassist/vocalist Marko Hietala, is decorated with chugging guitar riffs and dominant choir elements, while Hietala’s killer voice mixes well with the sweetly sung female vocals. Sing-along ballad “Die Wellen der Zeit” (translates to “The Waves of Time”) further strengthens Johnsson’s passion for classical voices, choirs, and orchestral elements, which is an obvious nod to German romantic composer Richard Wagner, who was a big influence on Johnsson. “Eye of Algol” contains a commercial edge with symphonic elements, accompanied by massive call and response female vocals with male growled vocals and a memorable main melody. From standout track “Psalm of Retribution,” to the cinematic “Nocturnal Light,” to the haunting title track, to the Middle Eastern flourishes of “Aži Dahāka,” Leviathan keeps the listener engaged throughout the album’s 45-plus minute runtime. In addition, the production is massive, robust and bombastic, allowing the vocals and guitars to elevate the dynamic of each composition.

If you’re already a fan of Therion, you’ll know exactly what to expect going into this record. However, if you’re still on the fence or unfamiliar with the band’s overall aesthetic, then I’m afraid Leviathan won’t change your mind. Therion has always done things in their own unique way, and Leviathan is no exception.