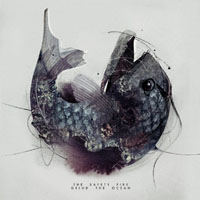 Bad vocals are one of the few forgivable traits in metal. Few albums are able to make the cut with crappy riffs and/or drums, but since vocals are often seen as an afterthought, bands are able to get away with having some hack belching away (see: brutal death metal). Unfortunately for London’s The Safety Fire, they’re unable to cover up for singer Sean McWeeney’s extraordinarily-grating vocals on their Grind the Ocean debut. Dude is like nails on a chalkboard times quintillion, and they effectively soil the entire album.

Musically, the band has at some clue what to do the in the progressive metal sphere. There’s some handling of djent, along with some quirky time-signature movements that allow for the non-singing moments on “Floods of Colour” and “Animal King” to be worth taking notice of, but man, once McWeeney opens up his trap, it renders pretty much all of these songs null and void. The singer’s vocals are hoarse in all the wrong spots, and when mixed with whiney clean vocals (see: “Huge Hammers”) it’s a recipe for disaster.

There’s a distinct drop in value once the album gets past the aforementioned “Animal King,” perhaps as a direct result of the band having too many similarities to fellow djent/progressive metal fiends Periphery and Textures (neither of those bands have a singer as bad as McWeeney, though). The band does have a underlying ethereal quality to their atmospheric parts, like on “Sections,” but it’s not nearly emphasized enough.

We oftentimes shy away from singling one person/element out on a given album, yet Grind the Ocean is one of those rare albums brought down by a singular force. The Safety Fire would at least have a fighting chance with someone at least moderately competent holding down the microphone. Heck, they’d be vastly improved if McWeeney just gurgled his way through the album. Time to open the suggestion box… 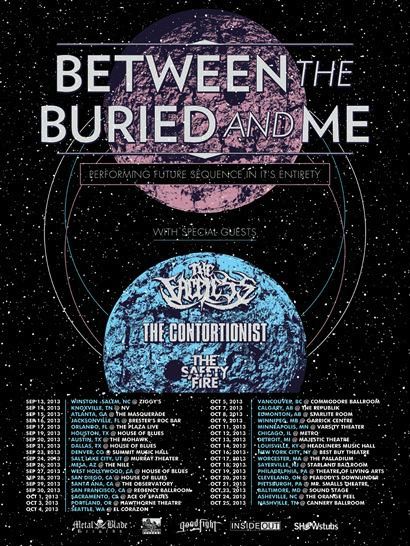 BETWEEN THE BURIED AND ME Announce North American Tour