The Order of Apollyon – The Sword and the Dagger (Listenable) 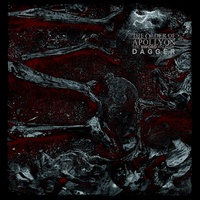 Last heard from in 2010 via their redeemable The Flesh, French blackened death ensemble The Order of Apollyon have re-tooled their lineup and returned in a rather big way with their second offering, The Sword and the Dagger. Said re-tooling includes the introduction of several members of the French black metal scene (see: Aosoth, Temple of Baal, etc.), which apparently has given the band some additional versatility and jet power across the board, thus, turning The Sword and the Dagger into a please-all effort that is a sleeper.

You’ll be hard-pressed to find a more crisp production job in the death/black realm than the one you’ll find here. Foregoing the troubling “volume wars,” the recording (provided by mainman BST) leans heavily on natural, but well-mic’d tones. Therefore, when the blitz of blast beats and sideways riffing gets a-moving on “Hatred Over Will” and the excellent “Our Flowers are the Sword and Dagger” (check out the 1:45 – total madness), it’s pretty clear what The Order of Apollyon is doing is next-level stuff. Additional moments of dis-harmony pelt “The Curse is Poured Upon Them,” where some of the album’s weirdest riffing is on display, as well as the Morbid Angel-inspired “Hold Not Thy Peace, O God of My Praise.”

What may or may not sell this album is the fact The Order of Apollyon once had current Carcass drummer Daniel Wilding, and Cradle of Filth guitarist James McKilroy in the ranks. Since their participation would have overshadowed the album’s top-notch contents, their absence has only made The Order of Apollyon stronger. The Sword and the Dagger is mighty, multi-faceted, and unrelenting in its execution, the type of album that reminds of when Behemoth were starting to work their way up the ladder. Not saying The Order of Apollyon will have a similar trajectory, but they can’t hurt themselves by releasing more albums like this.