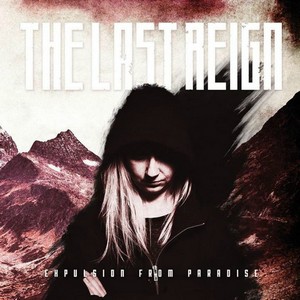 Gotta love it when bands go so far as to cite specific time periods of some bands as an influence to their sound. The Last Reign specify dates for both In Flames (1994-2000) and Soilwork (1995-2000) as two of theirs. Some of the most solid work from both acts occurred in those spans of time, so it does up the bar for the type of material that you are being presented with, but also alleviates the thoughts of having to deal with another one of those “clean/harsh” dynamic bands.

The band hits their marks influence-wise, with the old school melodic death metal vibe going strong, but you could probably add in more of some American influences, such as Arsis or The Absence to their list. The combination of Gothenburg-esque melodies along with breakneck Soilwork/At the Gates-styled thrashing does have its place, but there is also a heavier, and more brutal American vibe to be had from this Buffalo, NY-based band. Like fellow recent reviewees Undrask or Words of Farewell, the sound that The Last Reign is gunning for isn’t the most original, but they find success by the strength of their songwriting and knack for melodies. There’s even some more playful, later day Carcass-type riffing and guitar heroics that the band employs (see “Plight of the Lone Wolf”) that blend in perfectly, giving some tracks a boost in the attitude department. You’ll find plenty to raise your fist too among the punchy tracks, with the more speedy and thrashy tempos being one of the band’s strong suits. They even end the album with a spot-on cover of At the Gates “Suicide Nation,” which also alludes to the style in which The Last Reign functions.

Not a weak moment to be had as you listen to Expulsion from Paradise. While some of the sounds may feel familiar, there’s a fresh energy that’s infectious and the riffs are bound to give your neck a much needed workout. It will be intriguing to see how The Last Reign continues to refine their sound with age, but for now, those who want to hear some melodic death metal that’s full of thrashy anthems and devoid of clean vocals and bouncing synth lines, give The Last Reign some attention.