The Illusory Self – Dead Gods (Self-Released) 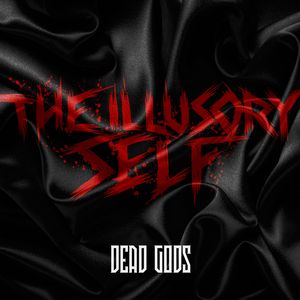 Last year, The Illusory Self brought about their first release in the form of two songs in Praise the Fanatic. It laid some solid groundwork for the band as being willing to take some influences from a number of extreme genres and give them a twist/fresh coat of paint. While two songs isn’t always enough to judge a band, their new EP Dead Gods gives a decisive verdict that they are indeed a rising act worth investing some time into.

Like their previous release, Dead Gods is full of influences that run the gamut from progressive to black and death metal (and some of it’s subgenres like ‘core and melodeath if you want to really spell it out). But more important than the mix of influences is the way that the band puts it all together. There’s a slightly different feeling to The Illusory Self that the standard take. There’s a somewhat eerie and horror-esque feeling to the title track, as it wades through some dark riffs – particularly in its slower moments and takes more of those epic, blackened vibes into the murky and death metal-y riffs (with just a pinch of the directness of deathcore). Then there’s the wisely named “Incendiary,” with uses some energetic blastbeats and burly riffs to bludgeon when it opens, only to shift gears into something more progressive and uplifting as it progresses – later blurring the two components together only to then drop some crushing riffs and a well-placed sample towards its finale. These are only two of the tracks (we’ll save what is quite possibly the strongest and inventive track, “Inclined to Shadows” to your imagination), but you begin to see how the band can put a more unique spin on things many are content to follow the well-beaten path with.

Dead Gods is a promising EP for those who want something a little different out of their extreme metal. Seek it out on Bandcamp and you will undoubtedly come away impressed with the way that The Illusory Self is writing, and get on board now as they inevitably take off in the future.